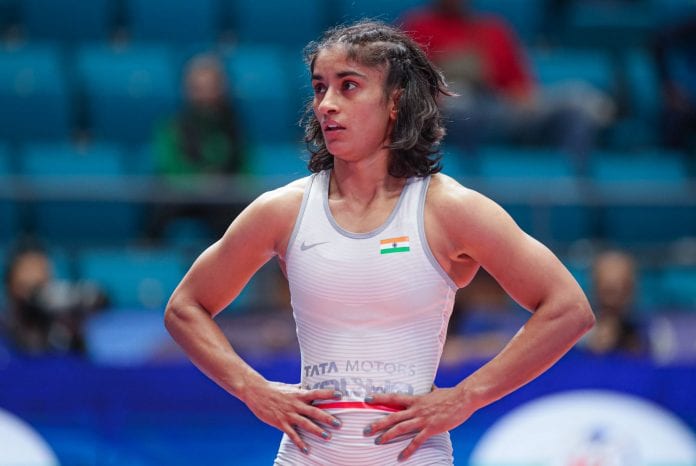 Indian wrestler Vinesh Phogat fighting for in the 53kg category at the World Championships has finally booked herself a berth in the 2020 Tokyo Olympics after beating American Sarah Hildebrandt at Nur-Sultan (Kazakhstan) on Wednesday (September 18).

With an impressive show of skill, the 25-year-old secured her place at the biggest sporting event in the world by 8-2 win over the world championship silver medallist.

Vinesh will wrestle in the bronze-medal bout against Maria Prevolaraki of Greece later on Wednesday.

Earlier, she had stormed to a 5-0 win over Ukraine’s Yuliya Khalvadzhy in the first round of repechage in the 53kg category to remain in contention for an Olympic quota and a bronze medal.