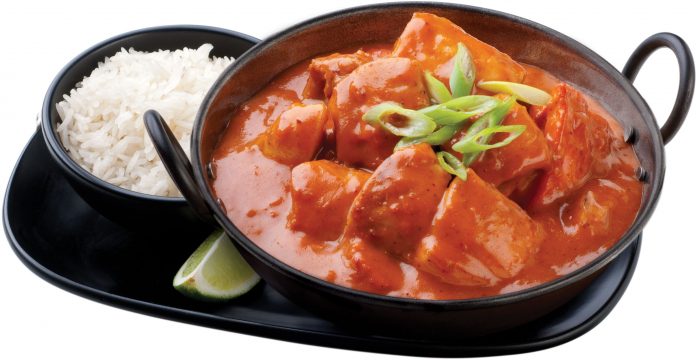 The Tokyo Olympic food arrangement, at least for Indians, seems much better than many previous international games. File Photo

Tokyo is not a gastronomical delight for the Indian Olympic contingent, yet it is as good as it can get. The menu offers a rich variety of desi food: butter & plain naan, chhole bhature, parantha, butter chicken, tomato and shahi paneer, bhindi, lentil curry, basmati and jasmine rice, biryani, spinach and what not!

The Tokyo Organizing committee had told the Indian Olympic Association that Indian food would be available for the Indian athletes during the Games.

In the last two days since most of the Indian contingent arrived in Tokyo, they have had only one complaint: kettles have not been kept in rooms at the Games Village.

As part of COVID protocol, rooms will be cleaned every third day to minimize their contact with the housekeeping staff as organizers face the huge task of staging the Games during the pandemic.

“The request for the kettle has come from the athletes. They need to drink warm water in the morning. We have requested the Indian Embassy here and it should be arranged soon,” India’s Deputy Chef de Mission Prem Verma said, Mint reported.

Indian paddler G Sathiyan said that he has had no issues with the food and training arrangements so far but another team official said the desi food can be a lot better. “It has been smooth for us. No complaints at all. I had daal and parotta and it was fine,” Sathiyan said.

Also read:  India’s chances at Olympics: 17 medals; watch out for these hopefuls

“There are so many varieties of food to relish,” Verma, told Times of India, adding “the athletes look happy.”

The Tokyo food arrangement seems much better than many previous international games. In 2018 Jakarta Asian Games, table tennis player Archana Sharath had complained about the lack of Indian food. “After a gruelling three-hour-long match, this is what we get to eat for dinner at the Asian Games 2018 – bread, nutella and muesli,” Sharath had written on  social media. Food issues had cropped at Beijing Olympics (2008), London (2012) and Rio (2016).

The best part of the food fare in Tokyo is that the nutritional value is indicated in front of the spread, a ToI report said.

A total of 115 Indian athletes have qualified for the Tokyo Olympics, which begin on July 23. The men’s and women’s hockey teams form the biggest fraction of the contingent, followed by shooting and athletics.

9:17 AM, 30 November, 2022 0
Musiala has created the most chances and completed the most dribbles for Germany at the Qatar World Cup so far

Udaipur gets facelift ahead of G20 Sherpa mee...

6:30 AM, 30 November, 2022 0
From painting the walls with murals depicting Indian culture to decking up heritage sites with lights to cleaning up the lakes, various departments are at work simultaneously to host the Dec 5–7 event

China has warned US officials not to interfer...