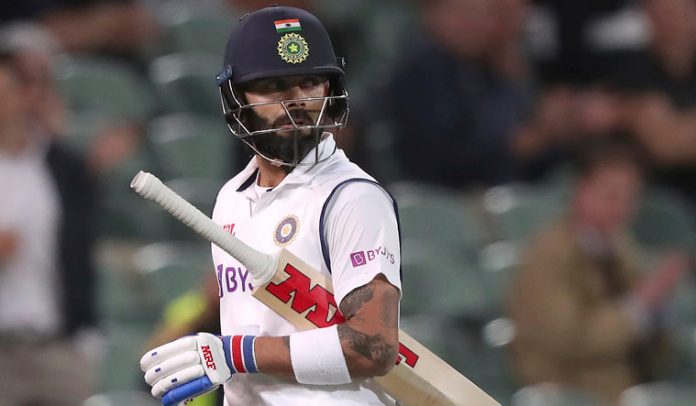 Kohli has not been able to match the 2014 form on the current tour, with scores of 0, 42 and 20 so far in three innings. PTI File Photo

After Sunil Gavaskar, Sachin Tendulkar too has pointed out that Kohli hasn’t been moving his feet properly, which leads to cheap dismissals.

Tendulkar too chipped in. “Virat hasn’t had a great start. It is the mind that leads to technical errors and if the start isn’t good, you start thinking about a lot of things. Because anxiety levels are high, you tend to over-compensate your movements”.

Also read: Why is Virat Kohli struggling with the bat? Here is what Gavaskar has to say

But Kohli has been unable to match that form on the current tour, with scores of 0, 42 and 20 so far in three innings.

“When a batsman isn’t in good form, you either go too far across or don’t move your feet at all. That happens to everyone. Form is also your state of mind along with the body working in harmony,” Tendulkar said.

India took a 1-0 lead in the 5-match series on Monday (August 17) after a stellar performance on the final day saw them beat England by 151 runs in the second Test at Lord’s.

India declared their second innings on 298-8 after an unbroken 9th-wicket stand of 89 between tailenders Mohammed Shami and Jasprit Bumrah left the visitors in command before England capitulated for 120 in the final innings after some hostile bowling by India’s pacers.

Jasprit Bumrah (3-33) got India off to the perfect start by removing Rory Burns for a duck in the first over before Mohammed Shami (1-13) produced an unplayable out-swinger to get the better of fellow opener Dom Sibley, also for nought.