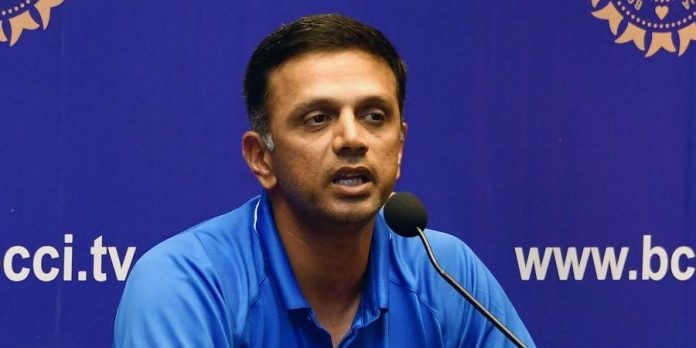 Former captain Rahul Dravid was on Wednesday appointed the head coach of the Indian men’s cricket team by the BCCI.

Dravid, who was working as the head of the National Cricket Academy, has been appointed for a period of two years till the 2023 50-over World Cup in India.

The 47-year-old, one of the greatest to have played for India, was the only choice for BCCI president Sourav Ganguly and secretary Jay Shah, who had called him in Dubai and convinced him to apply for the position.

Once Dravid had applied, the BCCI didn’t even need to look at any other application.

The BCCI had invited applications for the said position on October 26 to appoint incumbent Ravi Shastri’s successor, whose term gets over after the ongoing ICC T20 World Cup.
“It is an absolute honour to be appointed as the new head coach of the Indian cricket team and I am really looking forward to this role,” Dravid said.

He also thanked his predecessor Shastri for his role in shaping the current Indian team.
“Under Mr Shastri, the team has done very well, and I hope to work with the team to take this forward.”

Sourav Ganguly, one of Dravid’s closest friends and BCCI president said: “The BCCI welcomes Dravid as the Head Coach of India’s senior men team. Rahul has had an illustrious playing career and is one of the greats of the game. He has also served Indian cricket as Head of National Cricket Academy (NCA) with distinction. Rahul’s effort at the NCA has nurtured several young cricketing talents who have gone on to represent the country at the international stage. I am hopeful that his new stint will take Indian cricket to new heights.”