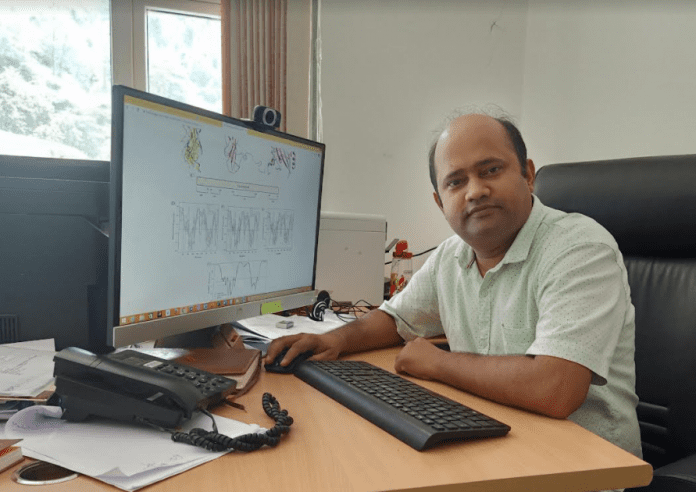 Dr. Rajanish Giri said that it would help in the future research that could provide the relation of other signal peptides to disease pathogenesis

Efforts to unravel the mystery around the highly debilitating disease of Alzheimer’s have got a shot in the arm, with a recent study getting newer insight into the biomolecular mechanism for the formation of protein clusters/aggregates that are often seen in the disease.

Proteins are essential for virtually every process within the cell. But they can also pose problems if they undergo what is called the process of aggregation or misfolding. There are more than 50 diseases that are associated with protein aggregation/misfolding. Generally, when proteins get aggregated or misfolded, they deposit around the cells and kill them, leading to the onset of diseases.

In Alzheimer’s disease, studies had so far shown that it was linked with the deposition of misfolded peptides called amyloid β42 (Aβ42) in the spaces between nerve cells. Aβ42 is a peptide derived from a protein molecule called Amyloid Precursor Protein (APP).

Leader of the study and Associate Professor, School of Basic Sciences, Indian Institute of Technology (IIT) – Mandi, Dr. Rajanish Giri, noted that their study was the first report on an aggregation of signal peptides in isolation and said that it would help in the future research that could provide the relation of other signal peptides to disease pathogenesis.

The study was conducted by an inter-institutional team. Besides Dr. Rajanish Giri, it includes research scholars, Dr. Kundlik Gadhave and Taniya Bhardwaj, and Professor Michele Vendruscolo from the University of Cambridge, UK, and Professor Vladimir Uversky from the University of South Florida, USA. They have published a report on their findings in the journal Cell Reports Physical Science.

No Delhi mayor polls again as big change in v...