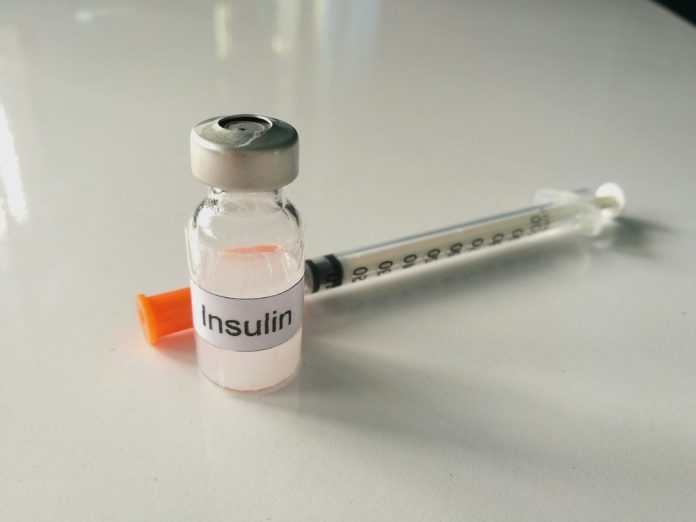 The researchers hope that upon successful completion of trials in humans, the novel Insulock formulation can give a rich scope for producing cost-effective insulin injection

Availability of injectable insulin formulation has been a major breakthrough in diabetes management. However, insulin needs to be kept in a refrigerator, which, otherwise after some hours becomes unfit for use due to fibrillation (some kind of ‘solidification’). Its prolonged storage even in normal refrigerator is also not good.

Therefore, its thermal instability and fibrillation at non-refrigerated temperatures demands storage and maintenance of cold chain, making it expensive. Further, for diabetes patients who are staying at remote locations with no refrigerator facility, or those who are travelling for long hours, the problem is more acute.

Worldwide efforts are being made to invent new formulation for thermo-stable, nontoxic and bioactive insulin. Researchers from Bose Institute, CSIR-Indian Institute of Chemical Biology (CSIR-IICB), Kolkata, in collaboration with CSIR-Indian Institute of Chemical Technology (CSIR-IICT), Hyderabad, have shown that a small peptide molecule consists of four amino acids, named as Insulock prevents both heat and storage induced insulin fibrillation and thereby loss of effective quantum of insulin.

The researchers have found that the Insulock is non-toxic, non-immunogenic and heat-stable and can maintain insulin in the active form at room temperature, without any loss for months.  The Insulock has been tested in mice models.  This research work has been published in iScience, an international reputed journal of Cell press.

The work involves two major contributions: identification of  an appropriate small peptide to inhibit the insulin from fibrillation, which has been accomplished by Dr. Subhrangsu Chatterjee, Associate Professor of Bose Institute and Dr. Partha Chakrabarti (Principal Investigators); and determination of  the three-dimensional (3D) structure of the Insulock-insulin complex, and its thermal stability by using high-resolution Nuclear Magnetic Resonance (NMR) Spectroscopy, which has been accomplished  by Dr. B. Jagadeesh, Chief  Scientist, and Dr. Jithender Reddy, Scientist from NMR Centre of  CSIR-IICT.

Dr. Jagadeesh of CSIR-IICT said that “gaining the structural insights about the Insulock” and establishing its 3D-structural similarity, with respect to the native insulin injection are crucial steps, which have been carried out at the NMR center of CSIR-IICT. This NMR-center has world class facilities with USFDA-audited and National accreditations, that are best suited for regulatory studies of drug molecules.

The Kolkata-Hyderabad scientists team hopes that, upon successful completion of trials in humans, the novel Insulock formulation can give a rich scope for producing cost-effective insulin injection, and will be extremely useful in delivering it to the patients even in resource-limited areas.

Further, the team is planning to take up the developmental activity pertaining to trials in humans by collaborating with Indian pharmaceutical industries.  This discovery is expected to attract pharma giants with vested interest in thermo-stale Insulin production.