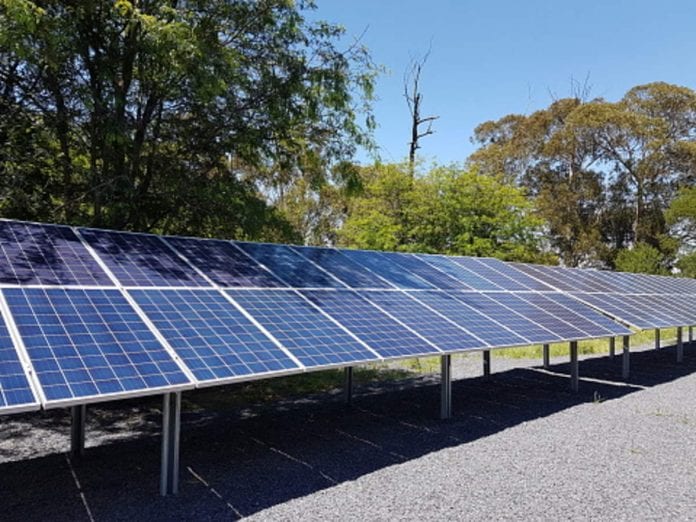 Glimpses from the solar power project that was inaugurated in Rewa, Madhya Pradesh, this morning. pic.twitter.com/uZOZ0YXxAQ

Modi said that the protection of the environment is not limited to just a few projects, but is the way of life. “It is ensured the determination towards clean energy is seen in every aspect of life, when launching large projects of renewable energy. The government is making sure that its benefits reach every corner of the country, every section of society, every citizen,” he said.

He elaborated this with an example of how the introduction of LED bulbs has reduced the electricity bill. “Nearly 40 million tons of carbon dioxide is prevented from going into the environment due to the LED bulb.”

The prime minister said this also reduced electricity usage by six billion units and accrued a saving of ₹24,000 crore to the exchequer. He said the government is working towards making the environment, air, and water stay pure, and this thinking is also reflected in the policy and strategy on solar energy.

Modi said India’s exemplary progress in the field of solar energy would be a major source of interest to the world. He said owing to such major steps, India is being considered as the most attractive market of clean energy. He said that the International Solar Alliance was launched with the motive to unite the entire world in terms of solar energy. He said the spirit behind this was: ‘One World, One Sun, One Grid (OWOSOG)’.

We discuss the current state of solar power projects in India as well as the dependence of India on Chinese imports for solar panels with Founder and CEO of Play Solar, Mukund (Mux) Narasimhan. Mux has over two decades of leadership in product management, product and technology development, and has innovated and delivered a variety of solutions in solar and semiconductor fields in India and the US.