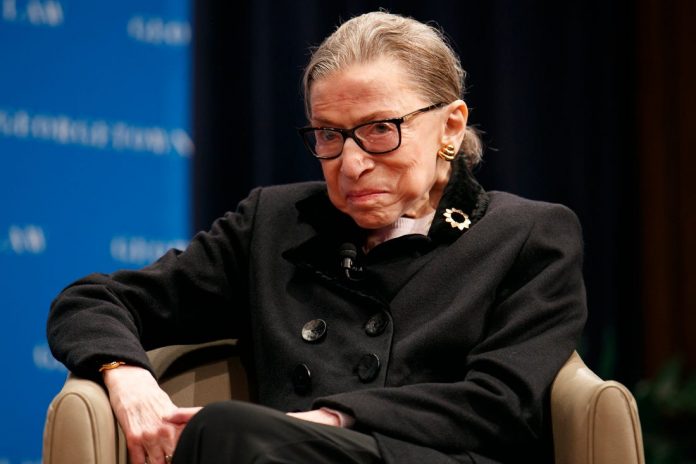 Pandering to his crowd has never been a problem for President Donald Trump, or for that matter, his cronies, who were not ashamed to contradict themselves if only to please the Boss Man.

Furthermore, with the unexpected passing away of Associate Justice Ruth Bader Ginsburg, America is once again witness to not only cheap politics but unprincipled posturing. The body of Ginsburg had not even perhaps been put in a casket, when the clamor for a right wing appointment to the United States Supreme Court began in full earnest. Forget the fact that the dying Ginsburg had told her grand-daughter that she wished for a nominee to be named by the new President after the elections.

Even if Ginsburg belonged to the conservative clan in the apex court, there was little chance for President Trump to have respected her wish. After all, here is a President, who by all accounts, gives two hoots for the living or the dead, except for himself! As a mark of “respect”, the President has said he will hold off till Friday or Saturday before announcing his nominee—the time frame is for the funeral services to be over. In an obvious political twist, Trump has said he is thinking of nominating a woman, certainly not out of any great respect to the gender but of securing a few women votes, if that is going to be the case. However, through all these stunts, the President is impressing no one.

Trump’s cronies on Capitol Hill and elsewhere have already gone on the overdrive to make the point that irrespective of their ‘principled’ stands in the past, they were going to have hearings for the nominee or perhaps even a vote very soon. But in all the rancor, the so-called Senate Republican leaders have not said whether they will have an Associate Justice in her chambers prior to a President sworn into office on January 20, 2021. There have been exceptions in the past, but securing a confirmation in the Senate is a lengthy process and is supposed to take a little over 75 days; and hardline Republicans in the Senate are now making it known that could complete the process in record time. Intelligent as they are and quite mindful that some of them could lose on November 3 and hence, tilt the scales, these GOP Senators want to have the process over before the election or before the lame-duck session ends on January 20, 2021.

The Democrats are naturally screaming bloody murder since many are seeing in all this, a concerted effort by the White House and the Trump campaign to lock up four more years of governing by assuring themselves that if push comes to shove, and the electoral verdict winds its way up the court ladder, the apex court packed with conservatives will hand the incumbent a verdict in his favor.

The stage is already set by Trump and his cohorts who have started calling the elections ‘an unfair process’, readying lawyers for a protracted legal battle with the President himself, dropping obvious hints that he is not likely to accept the verdict if it went against him. So much for American advice on banana republics and tin pot dictatorships around the world to listen to the principles of democracy and mandate of the people!

Suddenly, this Presidential political campaign has stopped on its tracks and very few, including the media, seem to be bothered about anything else other than who is going to fill in the Supreme Court vacancy, when and how. That 200,000 American have died as a result of the coronavirus is no longer making headlines; that the economy has crashed and is in a free fall does not seem to bother many; millions of kids are idle at home; colleges and universities are shut and are in online mode. These are no longer making headlines in campaigns or media outlets.

The Trump campaign must be thanking its stars for this unexpected diversion. This election is no longer—as things stand—going to be a referendum on the failed and bungled policies on the coronavirus, economy, health care, and education. It has all come down to the Supreme Court, and in the person going to replace Justice Ginsburg – one who will be making the difference for all Americans for decades and generations to come, especially on issues of abortion, health care, education and immigration.

But the Trump campaign also knows it cannot push its luck too much, which is one reason why the President has left for himself a few days of cooling time, and even had some nice words to say to the family of Justice Ginsburg. In upping the ante and clearly giving the impression that narrow and selfish interests over principles are the order of the day, the Trump campaign may have actually fired up the dormant base of the Democratic Party that would include women, independents and undecideds to move towards the Joseph Biden-Kamala Harris ticket. It is said that the Biden campaign raked in some USD 12.5 millions in just two hours on the night of Justice Ginsburg’s demise, or according to one calculation, some $100,000 a minute!

The fashion in which President Trump is going about filling the vacancy in the apex court is actually a wake-up call to the Biden-Harris campaign, which is now enjoying monetary advantage to go the extra mile in convincing voters that this is not the time to stoke yet another divisive fire in the name of ideology and appeasement. For now, Republicans enjoy a 53-47 majority in the Senate and are in danger of losing only two of theirs in the Ginsburg battle. However, for all those Grand Old Party Senators who are in the fray for re-election, it is certainly not an easy time, especially if they have had something to say on the contrary in the past. If in doubt, just ask the Senate Majority Leader, Republican Mitch McConnel of Kentucky of how he positioned himself at the time of President Barack Obama nominating Mr. Merrick Garland as Associate Justice to the United States Supreme Court in March 2016!

(The writer was a former senior journalist in Washington D.C. covering North America and the United Nations)