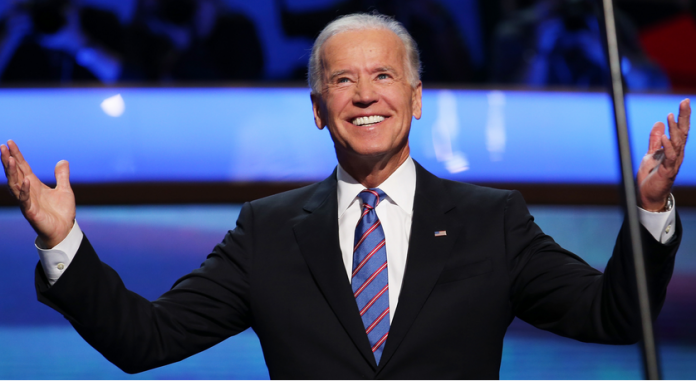 Joe Biden has announced an ambitious agenda for his first term

On April 28, on the invitation of the speaker of the House of Representatives, President Joseph Biden will address a joint sitting of Congress, of the House and the Senate. The address will be in the week Biden completes 100 days in office and the president will have another opportunity to lay out for the American people his policy agenda, not just on the legislative front. It is not exactly the State of the Union address that presidents give at the end of their first year, but his two immediate predecessors, Donald Trump and Barack Obama, addressed Congress a few weeks into their first terms, in February. In Biden’s case that could not happen as the administration and the White House were pre-occupied with the coronavirus and putting in place norms to pull the country out of an absolute mess.

Even at the time of writing it is not clear as to how this is all going to pan out. Biden will speak to members of Congress from the larger chamber of the House of Representatives, which will have to hold 535 members. It is not clear how many members will be invited, given social distancing norms. Republicans are already making the point that Speaker Nancy Pelosi would have to be fair in giving out invitations. That apart, many in the Grand Old Party have made it known that they will either stay away from the president’s address or have not made up their minds. But if vaccination is a point of concern, it is said that 75 per cent of members in the House have received their shots; all of the Senate Democrats and only a handful of Republicans in that chamber are to get their jabs.

Pelosi has scheduled Biden’s address on a day that the House is not in session, only the Senate, prompting some GOP lawmakers in the House to argue in a letter to Pelosi that “… prohibiting Members of Congress from attending would be unprecedented and undermine the very spirit of our representative, constitutional Republic”. Further, the Republicans are making the point that the House chamber could easily accommodate 1,000 people and that on January 3 all members of Congress were present for their swearing in. Senior Democrats have said that apart from members of Congress there will be a few Supreme Court judges, members of cabinet and ambassadors. Biden could have a few invited guests but, unlike in the past, lawmakers will not be allowed to invite anyone.

Biden’s address may not exactly be a laundry list of all that he wants to do in his first term, but rather on his immediate priorities, some of which he has already outlined in the last two months even while getting ready for legislative gridlock on Capitol Hill. The first major “victory” for the president was in his ability to get through the nearly $2 trillion stimulus package. It was possible in the Senate not because of bipartisanship but through a clever manoeuvring of a “reconciliation” process that did not mandate 60 votes to proceed to the floor. But since that time the White House is looking with dismay at the kind of rancour that is going on at Capitol Hill on a raft of issues: voting rights, infrastructure spending, slavery reparations…

Also read: Vietnam and Afghanistan: A tale of two wars and the lessons learnt

Next Wednesday Biden will add at least one more contentious agenda to his legislative and policy plans by listing the priorities of the middle class. Billed as the American Families Plan, the president is expected to touch on child care, education, community colleges, health and expanding access to health care. And in the context of the guilty verdict in Minneapolis against officer Derek Chauvin for the murder of African American Dennis Floyd, Biden could also be focused on police reform and coming to terms with institutionalised racism. Biden and all of America know that pronouncing one guilty verdict is not the end of the matter; in fact, shortly thereafter, a 13-year-old Black girl in Ohio was pumped with four bullets in what is seen as yet another brazen assault on African Americans by white police officers.

The GOP has already started sharpening its knives to the American Families Plan, which is expected to cost upwards of $1 trillion. The White House has said that finalisation on where the funds are going to come from are still being worked on but Bloomberg has reported that Biden plans a doubling of capital gains tax rate on the wealthy, which would come to about 39.6 per cent from the current 20 per cent. This means that for those earning $1 million or more, the new rate along with the current surtax the federal tax rates for the wealthy could be as high as 43.4 per cent or even 50 per cent in states like New York and California. Raising taxes to meet a slew of social spending might please the progressives in the Democratic Party, especially in the Senate, but will bring in howls of protest from Republicans who are of the view that the best thing that ever happened under Trump was the revision of the tax code.

Also read: Biden has ambitious plans for America, but will they really work?

By convention a leading member of the president’s opposition party delivers a response to the address. This time, and in perhaps a first for the Democrats, Representative Jamaal Bowman, a Democrat from New York and representing the progressives of the left-leaning Working Families Party, will respond. And it is not clear who will give the Republican rejoinder, if there is going to be one. But when Biden gets up to speak in the House chamber the usual cheers, booing and hissing may not be there, but he will surely have two people sitting behind him heading the cheerleading squad: President Pro Tem of the Senate, Vice President Kamala Harris, and Speaker of the House Nancy Pelosi.