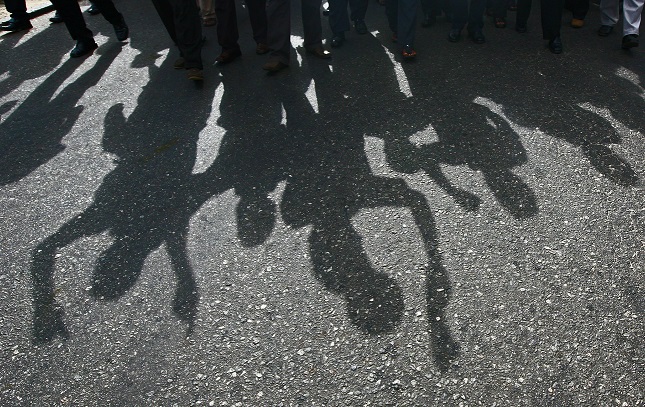 The governments are ruthless in using police power to wipe out any protest. With each passing day, a ‘police state’ is gradually replacing the so-called ‘welfare state’, trampling upon its citizens’ personal liberty.

The law is atrocious and its application is even more atrocious. The Unlawful Activities (Prevention) Act (UAPA), meant to prevent terror activities, gives enormous powers to police to detain anyone for longer duration without bail.

Unfortunately, a protest is projected as a terrorist act. A Delhi student recently protested and also asked local women to join her. The police inferred it as a “terrorist act”. It has become evident that “the tendency or likelihood of violence” gives police ample power to misuse it.

This is the story of the Centre and states in India today. The governments are ruthless in using police power to wipe out any protest. With each passing day, a ‘police state’ is gradually replacing the so-called ‘welfare state’, trampling upon its citizens’ personal liberty.

Recently, three students of Jawaharlal Nehru University (the very name and the institution generates hate in the establishment) — Devangana Kalita, Natasha Narwal and Asif Iqbal Tanha — were not released by the police even though the Delhi High Court granted them bail two days ago. The petitioners were compelled to move the Delhi High Court once more to complain that police are advancing excuses to delay or deny the release.

The Delhi police think that giving bail to these students of Jawaharlal Nehru University (JNU) is a great injustice and serious illegality and thus took the matter to the Supreme Court. Whether they can afford it or not, the three students have to fight it out in the apex court for the sake of liberty and justice.

The blurring line between ‘right to protest’ and ‘terrorist activity’

While hearing the case of the three JNU students, Delhi High Court bench of Justice Siddharth Mridul and Justice Anup Jairam Bhambhani administered a strong caution: “We are constrained to say, that it appears, that in its anxiety to suppress dissent and in the morbid fear that matters may get out of hand, the State has blurred the line between the constitutionally guaranteed ‘right to protest’ and ‘terrorist activity’. If such blurring gains traction, democracy would be in peril”.

The bench further remarked: “allegations relating to inflammatory speeches, organising of ‘chakka jam’, instigating women to protest and to stockpile various articles and other similar allegations, in our view, at worst, are evidence that the appellant participated in organising protests”.

After examining the police charge against the three students, the HC stated that no offence is proven against them under the anti-terror law —UAPA. The bench said: “There is absolutely nothing in the subject charge-sheet, by way of any specific or particularised allegation, that would show the possible commission of a ‘terrorist act’ within the meaning of Section 15 of the UAPA”. It is just short of quashing the charges.

The HC did not merely grant the bail because there is no sufficient evidence, but clearly stated that there is no basis for the allegation, and it is just hyperbolic verbiage that cannot make out any offence.

“There is complete lack of any specific, particularised, factual allegations that would make-out the ingredients of the offences under UAPA…We find ourselves unpersuaded and unconvinced with this submission, since we find it is not founded on any specific factual allegation and we are of the view that the mere use of alarming and hyperbolic verbiage in the subject charge sheet will not convince us otherwise….In fact, upon a closer scrutiny of the submissions made on behalf of the State, we find that the submissions are based upon inferences drawn by the prosecuting agency and not upon factual allegations”. This is nothing short of quashing the charges, which should have been done, but not done for technical reasons, perhaps.

The court took this chance to remind the government and the police that the right to protest is sacrosanct; protests against governmental and parliamentary actions were legitimate. While such protests were expected to be peaceful and non-violent, it was not uncommon for protesters to push the limits of permissible law.

Assuming that they crossed the limits of protest, it cannot constitute a terrorist act or preparation for it to invoke draconian powers under the UAPA. “The phrase ‘terrorist act’ cannot be permitted to be applied in a cavalier manner to criminal acts or omissions that fall squarely within the definition of conventional offences as defined inter alia under the IPC [Indian Penal Code],” the court said.

The preamble inserted in the Unlawful Activities (Prevention) Act, 1967 in 2008 makes it amply clear that it is anti-terror Act. Section 15 is the most powerful weapon in the hands of police to wield against terrorists and also innocents. It defines ‘terrorist act’ and starts with the words ‘whoever does any act’, which means the ‘act’ can become an offence and not just ‘words’.

Section 43A explains the power to arrest and search among other things. The section states that unless there is a reason to believe from personal knowledge or written information by others that a person has committed an offence punishable under UAPA, he or she cannot be arrested.

‘Good faith’ clause, good for nothing

Section 49 gives protection to officers from legal action if ‘action is taken in good faith’. It says: “No suit, prosecution or other legal proceeding shall lie against any officer or authority in whom powers under this Act have been conferred, for anything which is in good faith done or purported to be done in pursuance of this Act or any rule or order made thereunder.” However, there is no history to consider if the use of power was in good faith or not.

In this and several other similar cases, it appears that the police are neither ‘good’ nor have ‘faith’ in rule of law. This is a common protection clause which exempts all officers from penal consequences.

‘Good faith’ is defined in Indian Penal Code (IPC) as the act done with due care and caution. The HC judgment clearly shows that police exercised no care or caution in charging these three students with terrorist act. It is quite possible the grave charges are slapped because of pressure from the top or it could be the police’s own judgment. In any case, it amounts to total lack of ‘good faith’, which means the students are falsely charged i.e., reflecting mala fides. It becomes a malicious charge and malicious confinement because of abuse of authority. Granting immunity to such grave abuse of the power against innocent and protesting students is against the basic principles of criminal justice and total defiance of rule of law.

Ancient Latin maxim of law says “ibi jus ubi remedium” where there is a right, there shall be a remedy. When people have the right to protest, to personal liberty and life as guaranteed under the Constitution of India, they cannot be left in lurch without any remedy.

Also read: Why Delhi HC’s taunt on UAPA ‘misuse’ was a timely rap

It is the duty of the courts to consider such questions in the same proceedings and decide if ‘good faith’ clause does not apply; it should declare the remedy of compensation by imposition of huge amount of fine, to be recovered from the pockets of individual officers for non-application of their mind or wrongful application of their mind or simply acting under the direct or indirect instructions of their political bosses. Simultaneously, the charge should be quashed and the wrongful incarceration for about a year should be the ground for initiating criminal prosecution against the officers involved in this atrocious abuse of draconian power against the innocents.

If the ‘good faith’ clause cannot be removed, there should be an additional clause in each such Act, to declare liability for mala fide and careless action of abuse of power. This liability should extend to the non-bureaucratic ‘public servants’, i.e., politicians occupying constitutional positions.

Scrap sedition, but courts must act on misuse of draconian laws