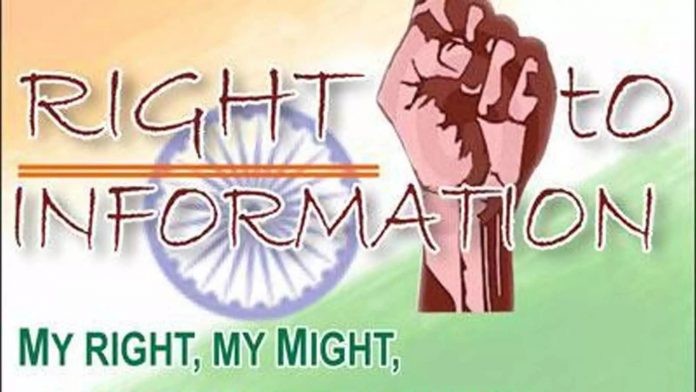 A new spectre is haunting the present-day rulers — the people’s right to information (RTI).  Rulers are frightened about the possible revelations. The Right to Information Act completed 16 years of birth on October 12. Since its advent, not a single day has passed without a threat to the lives of RTI activists. As a result, transparency is going into a tailspin.

Uttam Anand, a District and Sessions Judge at Dhanbad, went on a morning stroll and never returned home. An auto hit him. Before he reached hospital, he succumbed to his injuries. The fatal hit by the auto was a planned one. CCTV footage confirmed that it was not an accident.  The Ranchi High Court and the Supreme Court promptly responded and investigations were ordered.

If this were the fate of a senior judge who was trying the cases of politicians, could we expect any sliver of protection to the journalists and whistle blowers who expose the hidden secrets of people in high places?

Easy targets of the corrupt

In the decade between 2011 and 2021, about 20 RTI activists were killed in Bihar alone. Sasidhar Misra, an RTI activist, exposed the local tyrants who nefariously occupied government lands in East Champaran. He was done to death in 2010.

Also read: 16 years of RTI and 75 years of secrecy around J&K’s accession to India

Siva Prakash Roy brought to light the lacunas in the installation of solar lights. In September 2009, an extortion case was slapped on him and he had to languish in prison for 28 days. Later the complaint turned out to be false one, and he was released. Who would compensate for his illegal detention? Is this not a conspiracy by the corrupt officials?

Bipin Aggarwal, a relentless activist, fought against land grabbers. He filed an unbelievable number of RTI applications — 900 in total — against such scums. He had to pay with his life for his determination. He was shot dead in broad daylight before the Harsidhi Block office (East Champaran District) on September 23, 2021. Last year, when he was attacked, he appealed for his safety. Who would listen to his cry in the wilderness? None cared. Aggarwal has become just a number in the statistics of the National Crime Records Bureau (NCRB).

Gruesome killings to silence the warriors

Pravin Jha was unmasking corruption in the Public Distribution System (PDS) through RTI interrogations. When he was going on a motorcycle, a car collided with his bike and he was finished off. It was said that this was done by the relative of a PDS dealer.

Pankaj Kumar was restless to cull out the truth in the sand scam in Bikram district, where he suspected that high level officials were hand in glove with the sand mafia. Last year, in Bhojpur, Aurangabad and Bikram districts, two IPS officers, many DSP level officers and lower-level officials were on suspension on charges of disproportionate wealth to their sources of incomes. Would they tolerate Pankaj Kumar’s continuous combat?

An advocate couple — Vaman Rao and Nagamani — were killed gruesomely with knives in a public place, for exposing the top bananas in the Peddapalli area through RTI applications and writ petitions.

Ranjan Kumar Das of Odisha was uncovering the black deeds of brick-kiln owners through RTI applications. On February 1, 2020, he was murdered in Kendrapara district. Sanjay Dubey, an RTI warrior, was eliminated on May 20, 2019 by goons for unearthing the details of illegal constructions in Mumbai.

Chirag Patel’s ‘crime’ was unravelling the irregularities in the distribution of MPLADS (Members of Parliament Local Area Development Scheme) funds worth crores of rupees. He was ‘punished’ with ‘death sentence’ — murder — in Ahmedabad on March 16, 2019.

Their weapon — RTI applications. They lost their invaluable lives to bring out truth that is useful to the common man.

At times, the atrocities on these peaceful fighters are violent and gruesome. Anoop Singh was kidnapped by hoodlums on December 13, 2013 in Noida. His genitals were burnt with cigarettes. He was thrashed with iron rods. After such unbearable torture he was thrown in an unknown place and left to perish. Many RTI activists have faced similar untold ordeals.

These attacks and killings are happening consequent to the exposure of misdeeds and corrupt practices in the government administration.  The lockdown might have been declared to save people from the coronavirus, but the corruption virus extinguished many an RTI activist life. At least 10 such activists were killed during the lockdown period. So far, since 2005, at least 100 RTI activists have lost their lives. For whom corruption is a way of life, the warriors of truth cannot be tolerated and left alive.

Despite such hostile ambience in which the RTI activists are working with their missions, it is surprising that even some of the judiciary often accuse the activists of indulging in blackmail. But these gentlemen turn a Nelson’s eye to the gory killings of the RTI activists.

What is blackmail?  It is a consideration or a threat made to the RTI activists to stop revealing the facts dug out from RTI applications to cover the corruption or misdeeds.  Who is a blackmailer? One who tried to suppress the truth about their corruption by offering money or advancing threats? Or the one who was silenced by threats or lured by money?

If an RTI activist agrees to keep the information under wraps if the demanded money is shelled out, then the activist is a blackmailer for sure. Then the official could complain in the police station against the blackmailer. They never do it, but they try to escape by bribing the extortionist.

It has also become common to say that the population of RTI blackmailers has increased. All this hullabaloo about blackmailing is simply to save the corrupt. If RTI activists do not yield to the pelf or weakened by threats, the powerful people are physically eliminating them. Is it not obvious that the RTI activists who were the targets of murder are the honest ones and the murderers are the corrupt officials who fear the truth?

No government could possibly give protection to all the RTI activists. If the government reveals all its information entirely and transparently, then the possibilities to restrict corruption would grow. In fact, there is a provision to seek information anonymously which is intended to protect the seekers of information.

Attempts to water down the Act

New interpretations are being made to thin down the RTI Act. It is said that the right to seek information is bestowed only on citizens and not persons, which include legal persons i.e., institutions, companies or associations.

When Freedom of Expression has been extended to various kinds of citizens including publishing companies by the Supreme Court on several occasions, and when Right to Information is recognised to be an integral part of the Right to Freedom of Expression under Article 19(1)(a) of our Constitution, how can RTI be restricted to citizens and not persons?

It is high time RTI activists got organised. They need to formulate strategies to protect themselves from the predators. RTI applicants should be statutorily included within the purview of definition of whistle blowers and the protection accorded to the latter extended to the former. If an RTI activist makes any complaint of threats, such warnings should be taken seriously by the Information Commissions who should have a mandatory responsibility to direct the concerned public authority to disclose the information and ensure their security.

If any danger occurs, such public authority should be made responsible.  If there are any attacks or threats, there should be an effective investigation to catch the culprits and prosecute them to get conviction in speedy trials.

If all these measures do not run concurrently, it is nigh impossible to save the RTI activists who are becoming sacrificial lambs in the struggle against corruption. Ultimately it is the Act itself that would become a casualty. Populus, conscientiam!