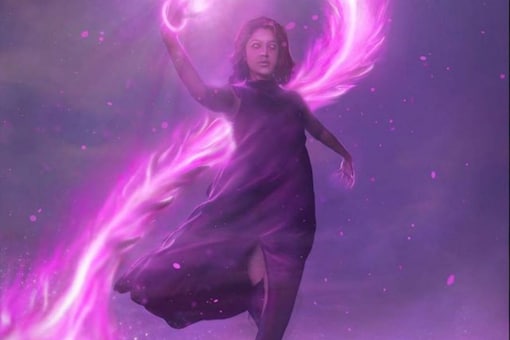 Rima Kallingal's artwork 'The Insurgent Blooms' which was sold in the space of NFTs or Non-Fungible Tokens, which are nothing but blockchain-certified copies of a digitised item

Following in the digi-steps of Bollywood actors, cricketers and billionaires, Malayalam actor Rima Kallingal has forayed into the world of NFTs or Non-Fungible Tokens, which are nothing but blockchain-certified copies of a digitised item. It could be real-world art, pictures, videos, music, etc., that are unique and cannot be duplicated and stolen.

Introduced in 2017, they have risen quickly to prominence when compared to cryptocurrency, though both of them are based on the same technology.

Kallingal’s artwork titled ‘The Insurgent Bloom’ has been created in collaboration with other artists, Francis Kurien aka Franky, Lami aka Lakshmi KTP, Mahesh Krishnan aka Bohomonk, and above all, the NFT Malayali, a global collective of Malayali artists in the crypto art space, said a News18 report.

Launched my first NFT project ‘The Insurgent Bloom’ and the bid is on.! 🎊🎊

This becomes the first NFT project by a Malayalam actor 🤍

Inspired by Neelakurinji, the flower that blooms once in 12 years in the western ghats, Kallingal’s artwork, her first NFT project, made its debut on the ethereum based digital marketplace, Foundation. She is the first Malayalee actor to enter this terrain. Franky handled the photoshoot and motion graphics, while Boho developed the content, and Lami composed the music.

Explaining why she went in for NFTs, Rima told News18 that as artists, they were constantly searching for mediums to express themselves, to rant about the establishment and promote what they believe in. “This new metaverse that’s opened up in the digital space and the reach it gives you as an artist is crazy. Right now this looks like the future to me,” she told News18. She will also give 50 per cent of the sale proceeds of her artwork to fund movies made by women.

Her artwork auction lasted for a day and it went to the highest bidder who forked out 2.75 ether ( ₹7.73 lakh or $10,263.03) for it. Her creative work was bought by Abu Dhabi-based Barthazian (an online pseudonym), with roots in Kerala. He had loved the art and also liked the fact that it was the first Mollywood-based NFT. “The proceeds going to women artists in the industry also felt like a good fit for me,” he told News18.

Active in the NFT space for the past three years, Barthazian identifies himself more as a trader but he is also a collector. In 2018, after learning about NFTs, he started exploring the ecosystem.

Meanwhile, NFT Malayali community, which is a pioneer creator community encouraging artists who are newbies in this space. They’ve onboarded 600 plus artists from across the world into the NFT space. Kallingal describes them as a group of young, enterprising artists from all over the world helping their comrades to bridge the gap between technology and art. She added that the beauty is that they want everyone to succeed and stand by each other. Loving the term ‘wagmi’ in the NFT metaverse, which means ‘we’re all going make it’, Kallingal revels in the ‘spiri’t of this space.

The co-founder of NFT Malayali is the Texas-based Melvin Thambi. Explaining how he had convinced Kallingal to enter this space, he said that it is a world where people invest in people here. The collector looks at the investment as an opportunity for the artist to grow and hone his/her skills, he said, said media reports. Gradually the value will increase and the buyer can put it in the secondary market, resell and make a profit, he said, adding that with no middle- men, artists get to sell their their works on their own, becoming an “entrepreneur of sorts”.

Amitabh Bachchan is the first Bollywood star to make his own NFT. The Amitabh Bachchan-themed NFTs are of artworks made up of verses from his father Harivansh Rai Bachchan’s legendary work ‘Madhushala’, posters of his movies signed by him, and few other rare elements related to his life converted into digital artwork. Salman Khan too had also ventured into this world by announcing his own range of NFTs and recently launched India’s first-ever crypto social token, Gair Coin by Chingari.