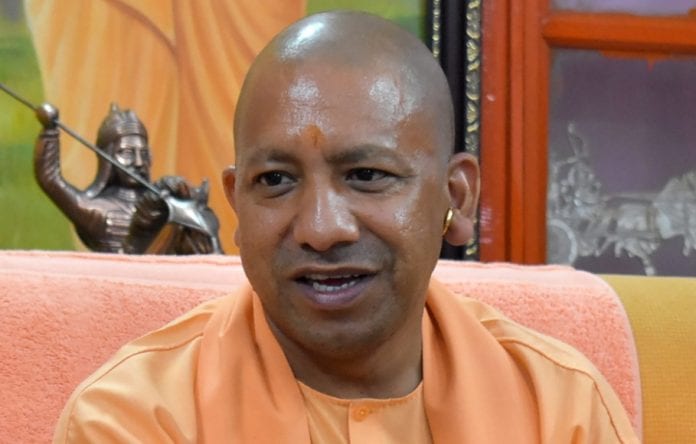 Political erosion of parties often happens silently and goes unobserved for some time. It dramatically manifests itself only at some next critical event, like elections. The results of the panchayat elections in Uttar Pradesh, trickling in since last week, have taken many by surprise. Nobody expected such a sharp decline in the BJP’s performance. Vast sections of even otherwise pro-BJP media have described it as a “warning bell for the BJP” ahead of the 2022 assembly elections.

Conducting the panchayat elections in Uttar Pradesh was a mind-blowing exercise. In all there were little less than 13 lakh candidates in the fray for some 7.5 lakh posts.

The UP panchayat poll results

The panchayat elections in UP do not happen based on party affiliations. This means candidates do not contest on party symbols, but there is no doubt among voters about their party identities. In fact, this time parties themselves officially released the list of candidates affiliated to them.

The panchayat polls mark the revival of the otherwise dormant Samajwadi Party. Akhilesh Yadav, the party president, has claimed that they won more than 1,000 zilla parishad seats. The BSP has bagged close to 300 seats while Congress spokesperson Ashok Singh claimed their candidates won 270 zilla panchayat wards. AAP Rajya Sabha MP Sanjay Singh has said that candidates backed by their party have won in 83 zilla panchayat seats.

The BJP appeared to have consolidated its rural hold in the last 2017 assembly polls and 2019 Lok Sabha polls. Considering their success in the last two outings, the BJP’s performance in panchayat polls in 2021, especially for zilla parishad wards, marks a major erosion. So, what went wrong for the BJP? Why has it suffered an erosion of its rural base?

Let us take the example of Prayagraj (Allahabad Rural) district. Here Kurmis are known as Patels, who are dominant with 25–30% of the OBC population in the district. The panchayat poll results show that out of 84 Prayagraj Zilla Parishad seats, SP won 24, BJP got 15, BSP won 4, Congress 1 seat and independents and others won 40 seats. In 2019, Patels here overwhelmingly voted for the BJP. The 2021 results, however, show the alienation of Patel vote from the BJP. If Patels had voted en masse for the BJP as in 2019, the party would not have been reduced to 15 seats. Patels’ consolidation with upper castes under BJP is now a thing of the past as many are shifting back to SP, which had fielded many from the caste. Besides, Patels also fought as independents and won. This is a significant social shift.

The Kurmi (Patel) domination is not limited to Prayagraj/Allahabad region, but is prevalent in all the Purvanchal districts. Kushwahas and Koeris are also showing signs of disenchantment with the BJP. Naturally, with such major social realignments happening in the Purvanchal (eastern UP) region, which comprises 17 districts of Uttar Pradesh, the SP won 170 zilla parishad seats while the BJP could win only 120. Considering there are 61 assembly seats in Purvanchal, BJP’s decline here is of great political significance.

2. Most Backward Castes move away as well

Second important reason for BJP’s poor show in the panchayat polls is the moving away of MBCs (Most Backward Castes) from the party.

In a brazenly unconstitutional act, in June 2019, Yogi Adityanath passed an executive order including 17 MBCs in the Scheduled Castes (SCs) category. Adityanath passed the order despite knowing very well that a similar move earlier by Mulayam Singh Government was set aside by the Allahabad High Court, which said that as per the Constitution, state governments do not have the power to either include or remove castes from the SCs list. Even the Centre can include a certain caste in the SCs list through a Constitutional amendment, but cannot remove it from the SCs list. Yogi Adityanath even directed the district officials to issue SC caste certificates to the17 MBCs, but it did not help much because when it came to government jobs, MBCs were not recognized as Scheduled Caste. So they expected a constitutional amendment from the Centre which never happened. At a minimum, they wanted sub-reservation for MBCs within the OBC reservation and the BJP government did not oblige on this either. So they were disappointed with the BJP and upset with Yogi Adityanath.

Also read: Sharp rhetoric to tall claims: What went wrong for the BJP in Bengal

The MBC castes with sizable population which Adityanath wanted to include in the SCs category are Kahar, Kashyap, Kewat, Nishad, Bind, Bhar, Prajapati, Rajbhar, Batham, Gauriya, Turha, Majhi, Mallah, Kumhar, Dheemar, Dheewar and Machhua. One estimate based on extrapolation of the 1930 caste-based Census puts the MBCs population at 15.59% of the population of UP while all the OBCs including MBCs put together accounted for about 44% of the UP electorate.

Post-poll survey by psephologists indicated that in 2019 LS polls, 60% of the MBCs voted for the BJP. Now the panchayat results show that there is a considerable exodus of the MBCs from the party and they are going to back to the SP fold. Some SP leaders claim that more than half of the MBCs, who had voted for BJP in 2019, have voted against it this time. Their anger with the BJP has outstripped their earlier complaint of Yadav domination under SP. If this condition stabilizes, it doesn’t augur well for the BJP in the 2022 assembly polls in UP.

The third major factor is farmers’ alienation from the BJP. Not just the farmers’ agitation against the farm laws, but mounting sugarcane dues from mills to sugarcane growers in Western UP, and the continuing agrarian distress and low agricultural incomes among other reasons, thanks to the rural impact of the pandemic etc., have taken a political toll on the BJP. In particular, it has resulted in Jat alienation from the BJP in Western UP. The Jats have shifted to the RLD led by the late Ajit Singh. In the Western region as a whole, SP won 75 zilla parishad wards while BJP won 65 and RLD 35. This means the BJP lost nearly half the seats in this region though they polled more than 50% votes in Western UP in the 2017 assembly polls and nearly 60% in the 2019 Lok Sabha polls.

The Ayodhya Ram temple, which is likely to get built soon, isn’t giving BJP the political dividend it expected. This is quite evident from the Ayodhya region/Faizabad results. In Faizabad district, where Ayodhya is located, out of 40 zilla parishad seats, 24 were won by the SP, BJP had to contend with 6 while the BSP got 4. Others got 6 seats.

More crucially, in the most populous Awadh region (which comprises Ayodhya, Lucknow, Gonda, Amethi, Kanpur and other politically key districts), SP managed to win 280 zilla parishad seats while the BJP could win only 170.

In Mathura, where the RSS-BJP is trying to kick up a Krishnajanmabhoomi row, the BJP could win only 8 of the 33 zilla panchayat seats while the BSP was leading with a tally of 13 seats.

What should worry the BJP central leadership is the party’s performance in Varanasi district, which is Prime Minister Modi’s parliamentary constituency. In Varanasi, SP won 12 seats, BJP 7, BSP 5 and the Congress 4.

Reports indicate BJP’s decline in khsetra panchayat wards and gram panchayat wards too, but the exact numbers are not yet available. But BJP’s overall decline in rural UP in panchayats, which are institutionalized centres of village politics and village power, is clearly visible.

Dalit alienation from BJP is continuing and Bhim Army has claimed victory in 50 zilla parishad wards across districts. BSP never takes panchayat elections seriously, but banks on its vote bank for macro-level political-social coalitions. Still, it has come a close third in many constituencies.

It is evident that the panchayat poll results have already cast their shadow on the BJP’s prospects in the 2022 assembly elections.