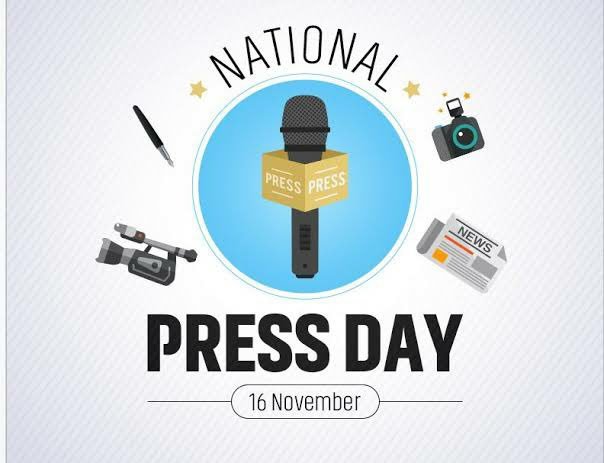 If journalism is still being practised despite the myriad problems – shrinking revenues and dwindling ethics included - much of the credit goes to the doggedness of small, no-frills news portals.

Tuesday, November 16, was National Press Day and we marked the occasion like every year with customary fanfare. Statements hailing the work that the media is meant to do flowed freely, and journalists across States were felicitated for the duties they discharged. So far so good. But was there much to celebrate really?

If at all, National Press Day ought to have alarmed us about the pressing problems that the country’s press — regarded as the fourth pillar of our democracy — is confronted with. To be reminded about how dire the situation for the media is, one need not look far and beyond. Tell-tale signs of the rapid decline in the media’s health lie in the Global Press Freedom Index that lists India at a lowly 142 among 180 nations, and the troubles that journalists court routinely — as in Tripura.

Arrested and thankfully freed on bail, the recent travails of two women journalists reporting on communal violence in Tripura encapsulates how gravely endangered journalism is in India today. The two reporters were on the field to check for themselves reports of alleged desecration of mosques during a spell of communal madness stoked by Hindu-Muslim strife in neighbouring Bangladesh. What they discovered ran counter to the State’s official version and retribution followed swiftly. Police came calling and when the two were on their way back, they were detained and charged with several offences, including fomenting tension by circulating unfounded theories.

That the two journalists could be right or wrong in what they claim to be the truth is besides the point. It also does not matter that the court set them free, rejecting the government plea to have them in custody. Faced with serious charges, they would be required to appear before police and the judiciary in the faraway northeatern State. Their troubles have just begun.

Also read: Is BJP targeting Shah Rukh Khan? Where is the hard evidence?

More troublesome is the alacrity with which the State acted, this time on the complaint of an activist of the right-wing VHP that itself has been in the dock for inciting the recent violence in Tripura. Earlier, governments chose to counter press reports by issuing denials and rejoinders. But now it is clear that those in power prefer to crack down on media and silence journalists instead.

Worrying indeed is the pattern of the clampdown. Siddique Kappan wasn’t half as lucky as the two women journalists who could after all visit Tripura despite being unwelcome for a powerful section. Kappan has been in jail for more than a year for attempting to visit Hathras in Uttar Pradesh in the wake of the rape and murder of a Dalit girl there. Since Kappan wrote mostly on Muslim affairs, he raised suspicion of those in power and is struggling to get bail on being charged with sections under the draconian sedition law.

Such instances of members of the press being made to pay a heavy price are in abundance. Freelance journalist Prashant Kanojia was jailed more than once for his inconvenient utterances. A journalist in Manipur has had to spend long spells in jail for embarrassing people in power. Many other journalists across the country have been slapped with criminal cases. Never meant for the chicken-hearted, the professional hazards for a journalist have increased manifold in this country — as reflected by the decline in its ranking in the press freedom index.

The rankings make for a depressing read. It would have been infinitely worse had it also captured the shrinking credibility of mainstream media — supposedly journalism’s mainstay. But for a few notable exceptions, the majority of newspapers and television channels have given up on their original mandate to hold the mirror to those in power. Instead, they act as sycophantic megaphones, lobbing inane questions such as ‘So much hua hai, kitna kiya hai…aur kya bacha hai’ to the powerful for the purpose of pandering to them.

Overtly busy with media trials of Aryan Khan and Rhea Chakraborty, they rarely have shown the same initiative in covering contentious issues such as CAA protests or the abrogation of Article 370 in Kashmir as they have done in demonising Tablighi Jamaat during the COVID pandemic.

Also read: Our heart goes out to SRK, but let’s not be selective in our sympathies

If journalism is still being practised despite the myriad problems — shrinking revenues and dwindling ethics included — much of the credit goes to the doggedness of small, no-frills news portals. They still shine light on unsavoury aspects while mainstream media, rather than challenging the establishment, remains complicit. It either side-steps or keeps silent. When it does speak up, it tends to give spins to stories, such as the one in India’s most-read daily, which described the two women reporters in Tripura as ones ‘claiming to be journalists’.

So pathetic is the situation that lines between journalism and propaganda have blurred and it is difficult to distinguish publications from pamphlets. For all these reasons and more, National Press Day should have been an occasion to contemplate more than to celebrate. There is after all little to cheer and more to be concerned about.

(The writer is former editor-in-chief of Outlook magazine)