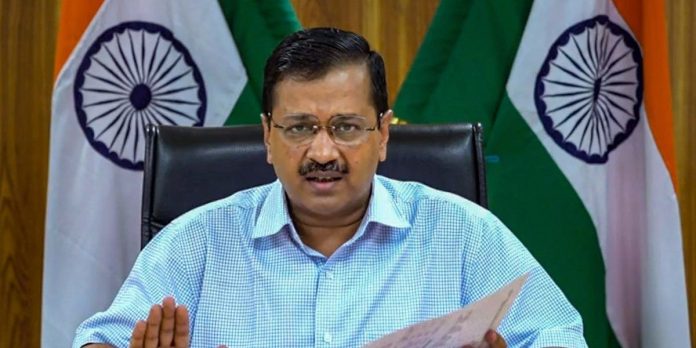 If the Delhi CM intended to televise his questions and discussion with the PM, he should have discussed the idea in advance.

If parliamentary proceedings can be telecast live, why can’t a meeting to discuss India’s COVID crisis be held in full public view? The public needs to know what their elected leaders are doing to deal with one of the biggest calamities that has fallen upon India.

In this context, Prime Minister Narendra Modi’s rebuke to Arvind Kejriwal for speaking live on camera during the meeting on the pandemic on April 23 appears unjustified and harsh. Kejriwal’s method may have been wrong, but his idea was certainly right.

The problem with the Indian legislature is the idea that “everything is secret” and is hard-wired into the brains of its members from the very beginning. Since most of the leaders, while being sworn in, take the oath of “office and secrecy,” the idea of reverting to the original model of governance, where open panchayats, town-hall meetings were the norm, makes them jittery. Giving up their exclusive right on information, something they believe is their entitlement, is an anathema to them.

But, a democracy is ultimately about transparency and accountability. And secrecy as a policy negates the very idea of a government of the people and for the people; it is the defining mantra only of monarchies and dictatorships. In a country like India, the only things that need to be discussed behind closed doors are issues related to national security, or the ones whose dissemination may harm the government or public. Everything else should be public.

Unfortunately, the very concept of freedom of information is alien to governments. And this is precisely why such implicit rights of a democratic society are facilitated through legislative fiats like the right to information.

Even if politicians want to cling to secrets, hold meetings in camera, a pandemic is certainly not the time to assert this irrational right. The public has every right to know what the leaders are discussing to mitigate their pain, augment oxygen supplies, increase hospital beds and flatten the horrifying curve. India needs to know every detail because at stake is not an official secret, but the lives of its citizens.

Ironically, Modi should be the last person complaining. Modi’s has been a complex relation with the camera, and by inference with information. He often shares his private life with the world by taking, for instance, a posse of photographers to meet his mother, making his morning routine public, or inviting film stars to interview him on his culinary tastes with the audience.

Even during the corona pandemic, his preferred mode of communication has been through live TV, instead of taking decisions behind closed doors and then quietly releasing them through the government machinery. For instance, when he announced the first lockdown, Modi did it live on camera.

Holding a meeting on our pandemic preparedness, something that’s actually worth all that footage, would certainly not harm a camera-savvy PM.

Kejriwal was, of course, not right to spring it as a surprise. If he intended to televise his questions and discussion with the PM, he should have discussed the idea in advance with all the participants. Even if the rules of the game had to be changed in the interest of the people, they should have been changed with prior information, and on the basis of a consensus. So, Kejriwal is indeed guilty of smashing the decorum.

But, then how do you deal with a PM who is eager only to share his own mann ki baat, have a monologue with the public and his interlocutors at important meetings, who is reluctant to listen to others, or answer questions raised by independent media and the public? Somebody had to throw the gauntlet and challenge this one-way communication.

Kejriwal’s other objective may have been to create the impression that his government is doing everything to manage the crisis, but is dependent on the PM’s mercy for oxygen and medicines. Just as Modi loves to blame Nehru and his legacy for every failure, Kejriwal was looking for a scapegoat for an inevitable unrest in public. Obviously, it takes two to play a game of blame.

Regardless of Kejriwal’s ulterior motives, his decision to question the PM live on TV has highlighted the need and importance of transparency and accountability while dealing with issues of public welfare. Now that he has mainstreamed the idea, the government should consider making such discussions public and giving up its monopoly over information.

As someone famously said, the nation wants to know.