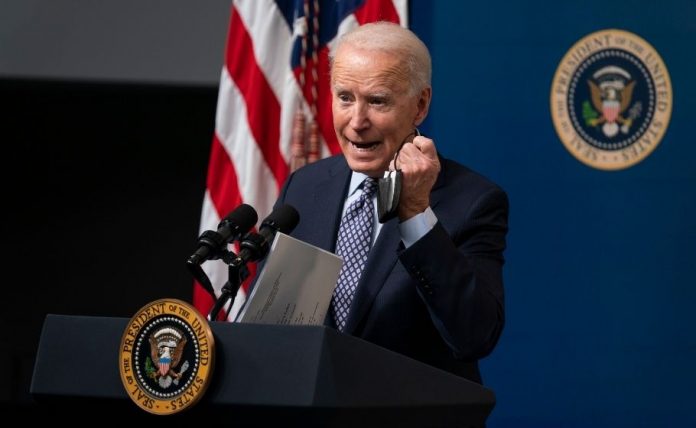 US President Joseph Biden has come up with a huge infrastructure spending plan billed as the ‘new’ New Deal to push the country forward in different ways that benefits all. As soon as the President finished his speech at Pittsburg, the Republicans panned the idea and Corporate America asked as to who will cough up the $ 2 trillion required to implement the deal. Add to this another $ 2 trillion or so the Biden administration is planning to spend as human capital expenditure on kindergarten to grade 12 schools and institutions of higher learning to make education not only free or affordable but also more equitable.

Between the two spending plans and the $ 1.95 trillion already sanctioned by the congress for the America Rescue Plan to help Americans come to terms with the COVID pandemic, the Biden administration has a roughly $ 6 trillion spending plan in its first 70 days in office. The money that has been earmarked and is being sought of is a huge fraction of the country’s Gross Domestic Product (GDP). The Donald Trump administration too thought of an infrastructure spending plan, but never came close to formalizing it. Now the members of the Grand Old Party are looking at the infrastructure framework and asking questions of all sorts; business houses have an even more basic query: Who is going to pay for it?

Republicans are essentially making the point that as long as infrastructure means roads, airports and bridges, they are fine with it. But public spending by Democrats should not include any “Green” component or stretch into the “social justice” dimension, the Republicans argue. Basically, the Biden administration is asking why infrastructure spending cannot be done in a way that it incorporates climate change concerns and protects environment. Republicans in the House of Representatives, however, warned Transportation Secretary Pete Buttigieg that any spending that includes ‘climate change’ and ‘social justice’ will not get GOP support.

Buttigieg shot back saying, “You can’t separate the climate part from this vision because every road we fix, every bridge we build, we can either do it in a way that’s better for the climate or worse for the climate. Why wouldn’t we want to be creating these jobs in a way that’s better for the climate?” Senate Republicans like Mitch McConnell have warned Democrats that any infrastructure spending bill in the guise of a Trojan Horse of massive tax hikes and “job killing” left wing policies will be a non-starter. Conservatives have all along made the argument that tax sops to corporates make them invest the money back in the country.

The Biden administration has just announced the broad contours of an infrastructure idea that actually goes much beyond roads, bridges and airports to include affordable internet connections and sizeable spending on scientific research and development. But for a person who has been in Washington for close to five decades, Biden is quite aware of the pork barrel politics that gets into a spending bill where Republicans are no better or worse than their Democratic colleagues and vice versa — the idea of adding unnecessary money by a law maker to his constituency as a way of ensuring political support. Examples galore of atrocious tags to packages that law makers on both sides agree upon for final passage. And legislatively, Biden and Democrats could use the reconciliation rules in the Senate to get the infrastructure bill passed in the same way they dealt with the $ 1.95 trillion America Rescue Plan for COVID relief.

Biden’s biggest challenge from the GOP comes not from rhetoric on climate change or social justice but on who is going to foot the bill and how. American business and corporate houses seem generally happy at the huge infrastructure opportunities but at the same time are miffed that Biden proposes to partly foot the bill through a hike in corporate income tax from 21 percent to 28 percent, or a rollback on what President Trump had done during his time in office. President Biden is also thinking of revising the tax code on Global Intangible Low Taxed Income, GILTI – the money earned by foreign affiliates of American companies on patents, trademarks and copyrights—from 10.5 percent to a minimum of 21 percent.

Also read: With a massive stimulus bill passed, Biden sees light at end of the tunnel

Lobbying firms representing corporations have not decided on the final strategy of whether or not to confront the Biden administration on the tax hikes or try and persuade a section of Democrats against the idea by proposing a middle ground of 25 percent. Business houses are quite aware of the sentiments of progressive and left of center Democrats and hence would be careful in taking the Biden White House head on on issue of taxes and the role of multinational conglomerates as represented on Wall Street. There is also some interest in the fossil fuel industry to see if the current dispensation in Washington will get rid of subsidies and tax credits and use this money to fund the pending infrastructure.

“Targeting specific industries with new taxes would only undermine the nation’s economic recovery and jeopardize good-paying jobs, including union jobs,” said, Frank Macchiarola, American Petroleum Institute’s (API) senior vice president of policy and regulatory affairs. “It’s important to note that our industry receives no special tax treatment, and we will continue to advocate for a tax code that supports a level playing field for all economic sectors along with policies that sustain and grow the billions of dollars in government revenue that we help generate,” he added. API’s membership is wide and powerful and includes giants like Chevron, British Petroleum and Shell.

Biden’s New Deal is something that is vastly different from what was laid out by Franklin Roosevelt. There is no doubt that Biden’s plan for the country could well subsume the full four years of his Presidency with law makers on both sides of the aisle talking and arguing about the finer points most of the time. The Biden White House would do well to keep in mind that the need of the hour is a movement of sorts that pulls America out of social and economic malaise, not some legislative maneuvers in the House and Senate to achieve short term goals.

A former senior journalist in Washington D.C. covering North America and the United Nations, the author is currently a Professor of Journalism and Mass Communication at the College of Science and Humanities, SRM Institute of Science and Technology, Chennai.