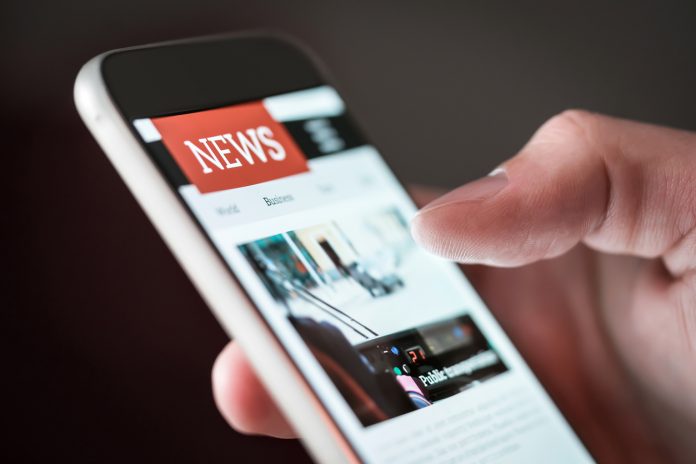 The Modi government’s recent set of rules to regulate digital content on news websites and OTT platforms is being called by observers a means to curb freedom of expression through digital media. Even independent observers who are open to the idea of minimal regulation on the digital media, especially on sensitive issues like child pornography and assault on women’s dignity, are aghast at the draconian provisions delineated in the Information Technology (Intermediary Guidelines and Digital Media Ethics Code) Rules, 2021(IT Rules 2021 in short) that was released on February 25.

Freedom of expression, especially media freedom, is fundamental to a democracy. So naturally it is enshrined as a fundamental right in our Constitution under Article 19. But the IT Rules 2021 deliberately confuses law and ethics and passes off iron-clad rules as Code of Ethics. Under Part III of the IT Rules 2021 on Code of Ethics, these rules have been made applicable to “publishers of news and current affairs content, intermediaries which primarily enable transmission of news and current affairs content” besides social media and OTT digital streaming platforms. Though there is some overlap between news websites and social media as Facebook and Twitter etc., are also used to disseminate news, the social media is largely socio-cultural and the OTT streaming is predominantly entertainment-based, but it is the digital news media which is politically crucial for democracy and sustains media’s role as Fourth Estate of democratic state.

The IT Rules 2021 stipulate that even web news portals besides social media platforms should have a three-tier arrangement for regulation. The first two levels are self-regulation by the individual digital news entity itself and then a body to be established collectively by all digital news portals. The third level — an oversight mechanism by the government — is the most draconian and controversial of the three.

The oversight mechanism which would be set up by the Information and Broadcasting Ministry would publish a charter for self-regulating bodies of the first two levels and establish an inter-departmental committee for ultimate decision on grievances — not only the grievances unresolved by the lower two levels of self-regulating bodies but “such complaints or references relating to violation of the Code of Ethics as it may consider necessary”. The oversight mechanism will enforce “Code of Ethics” on the basis of the recommendations of the inter-ministerial committee. The members of the inter-ministerial committee would be decided by the IB Ministry. In other words, the IB Ministry, through this mechanism, can act as a censorship authority. Where needed, the powers vested in the ministry can be used even by BJP followers to raise grievances against any politically “uncomfortable news” and get this committee to block that news.

In fact, the Information Technology Act 2008 does not cover digital news media and OTT platforms. There is not a single mention of digital news media in the Act. Nor did the IT Rules 2011 seek to regulate the news media. This is the new thrust by the Modi government with these new IT Rules 2021. The government’s witch hunt against digital news platforms is not clear when they pose no danger to it. It seems to be shooting at the messenger for frank coverage of mass protests on CAA or by farmers.

“Rulers of all hues—right, left or centre—are bugged by a free media. What to speak of the knee-jerk reaction of supposedly strong regimes of the BJP at the Centre and in states, which file FIRs against independent editors with impeccable journalistic credentials like Siddharth Varadharajan, Vinod Dua, Rajdeep Sardesai, Aakar Patel, and Scroll’s Executive Editor Supriya Sharma among others, for being critical of the government? Or, for that matter even an opposition-led regime like Uddhav Thackeray’s, which filed an FIR against the garrulous Arnab Goswami?” Karan Saini, an independent researcher on cyber security and campaigners for freedom of digital media told The Federal.

“In the same vein of witch-hunt against the media, the government has notified these rules within a single day on February 26, 2021 after making them public the previous day without giving ample time for the stakeholders and the general public to give their feedback,” he added.

Rules framed under any law cannot supersede the law itself and this is precisely what the IT Rules 2021 are doing. Doing that would amount to the executive over-riding the superior powers of the legislative wing of the government, thereby undermining the pre-eminence of Parliament. Any executive order meddling with constitutional provisions would require parliamentary sanction by its two-thirds majority. The IT Rules 2021 care two hoots for that.

The Supreme Court struck down Section 66A of the IT Act in its entirety as unconstitutional in March 2015 because it led to the arrest of many people for posting “allegedly objectionable” content on the web against the government. But the government doesn’t care. The Rules framed under the act should clearly define and enumerate what is ‘illegal content’ or ‘objectionable content’ that are to be taken out when objections are raised or the government oversight mechanism give a direction to that effect. The 2011 rules only said that those posting in violation of the ‘due diligence’ would lose their immunity from prosecution but the new rules even stipulate specific penalties including jail terms.

Even the traditional print media stiffly resisted and defeated repeated attempts by the successive UPA and NDA governments’ attempts to bring the media under government regulation. At best, the governments forced the media to “voluntarily” abide by the Code of Ethics framed by the Press Council. Manmohan Singh mischievously unleashed a ‘bull in the media shop’ like the maverick Justice Markandeya Katju as chairman of the Press Council and he started shooting in unpredictable directions too. The media outfits, which today go out of the way to politically back the Modi government, then openly came out against his directives to the media houses.

The Constitution only provides for “reasonable restrictions” on freedom of expression. They are judiciable by the courts, but the IT Rules 2021 empower a joint Secretary in the I&B Ministry to decide what is ‘reasonable restriction’ and direct any news portal or social media intermediary to take out any inconvenient stuff within 36 hours. True, the decisions of the official are still judiciable but by the time courts act upon it and restore the censored items, the item would lose their news value. The government’s undemocratic political purpose would be served.

The rules place a lot of compliance conditions which would squeeze small digital media players out of the market. The Rules 2021 also do not clarity and define concretely what is “illegal content’, ‘grossly harmful’, ‘harassing’, ‘invasive of another’s privacy’, ‘hateful’, ‘disparaging’, ‘grossly offensive’ and ‘menacing’ used in different places in the Act and repeat the same in the Rules. The clause for tracing the original originator of ‘objectionable posting’ in the social media would amount to tracing the entire chain of exchanges and thereby reveal the identity of all those who exchange or repost a given disputed item.

Ravishankar Prasad was even hinting at linking social media postings with Aadhaar despite the landmark Puttaswamy judgement banning any Aadhaar linkage even to a phone.

Above all, the government has smuggled in messaging services like WhatsApp under the purview of the IT Rules though they do not strictly belong to the social media. The requirement of the Rules 2021 that the social media intermediary should use modern technology for data analytics of the millions of messages exchanged every day to identify illegal content flies in the face of their claim for end-to-end encryption which they claim cannot be read even by WhatsApp.  This doesn’t appear to be self-contradictory to the bureaucratic mind behind the framing of these Rules. It would be better if the government starts consulting all the stakeholders to suitably modify these rules.