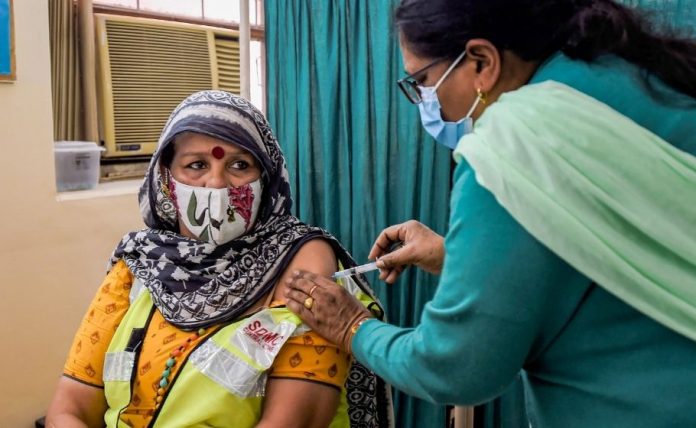 A mass vaccination drive would be the most viable option out of the COVID crisis, but India is yet to figure it out.

The death toll in India has crossed 3.03 lakh, and we are next only to the US and Brazil in this regard. A mass vaccination drive would be the most viable option out of this crisis, but India is yet to figure it out.

Related news: People irked as COVID vaccine certificates land even without the jab

Raghunandan Paswan a 50-year-old daily worker in Bihar’s Vaishali district, said: “I heard about the vaccine but have not got it. I don’t know how to get it either.”

The Union Jal Shakti Minister Gajendra Singh Shekhawat, on May 23, asserted that India has been working fast to increase the production of COVID vaccines. Each citizen of the country will be inoculated by December, he said.

Shekawat should perhaps answer the villager before coming up with timelines. We can only hope the Union Minister’s statement will not prove to be another lie from the rulers.

The virus is rampant where Assembly elections were recently held, such as in West Bengal. The incidence of COVID is very severe in four rural districts around Kolkata; in these areas, the vaccination coverage stands at less than 10%.

Elsewhere in the country, too, rural vaccination is totally ignored. In Bihar, for instance, while 60% of the urban population has received its shots, just 5% in the rural areas have done so.

Referring to medicines such as Remdesivir for COVID treatment and Amphotericin-B for black fungus, Shekhawat said the country has already reached a surplus state with production. Around 1.5 crore vials of Remdesivir per month are produced, and efforts are on to meet the growing requirement for Amphotericin, he stressed.

He should perhaps explain why these medicines are being sold in the black market at exorbitant rates, and why those who can’t afford these are dying. If there is a shortage of a drug, we can blame the production inefficiency. However, if they are available but sold at higher prices, the system and governance should be blamed for their absolute failure.

We should learn humility and be ready to accept the truth.  Only if we take shame in our inefficiency can we introspect and improve upon. If we justify our failures with lame excuses, there will be no scope for any achievement.

If our priority is elections, and if we allow irresponsible congregations like poll rallies and melas, we are bound to die — not alone, but killing thousands of others, too.

The world now fears India, not because we are a superpower but because we are a superspreader.  After all, a virus anywhere is a threat to life everywhere on earth. The spread of the virus in India is not just the country’s problem now, but that of the whole world.  The world has to do something to save India from the virus of inefficiency, and cruel and inhuman administrators including police.

One example of administrative failure is poor distribution of vaccine and very poor access to medical care. Most of the 3 lakh-plus people who died were killed not just by COVID but also the inefficiency of our leaders.

The Centre and the states should publish a white paper everyday announcing where vaccines and medicines are available, at what cost, in what quantity. They should have a landline number, a mobile number and an email id to take in complaints, and make the redress system work 24 x 7.