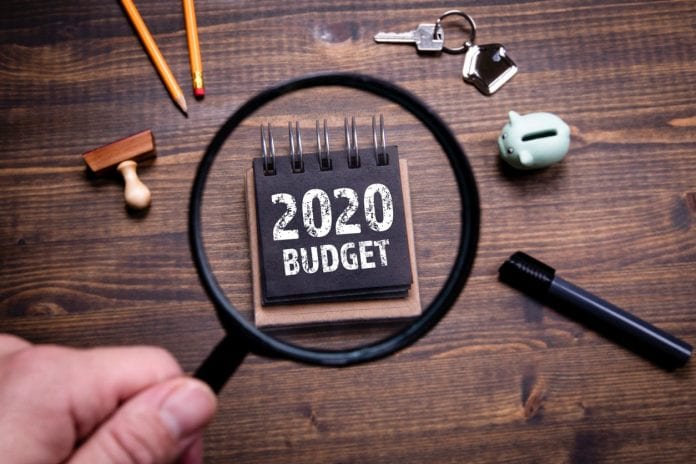 Consider the situation that the Indian economy finds itself in. It has seen a steady fall, even going by the official data (whose credibility has come under the scanner in recent times) presented in the Economic Survey 2019 in the rate of growth of GDP at market prices and of the Gross Value Added (GVA) for at least five successive quarters since the first quarter of 2018-19.

The decline in growth rate is especially sharp in the primary and secondary sectors, but even the service sector has seen a decline in growth rate. Captains of industry have bemoaned the sharp fall in demand across several sectors from automobiles to biscuits to fast moving consumer goods. A consensus has emerged that the slowdown in the economy has much to do with the twin shocks of the demonetisation disaster that dealt a severe blow to the informal sector and to employment and the ham-handed design and implementation of the GST. The periodic labour force survey (PLFS) of 2017-18, whose results the government was not too happy to see in the public domain, showed unemployment rates at an all-time high since the late 1970s.

Also read: Union Budget: Reading between the lines, the joke is on you

More recently, the results of the national household consumer expenditure surveys for 2011-12 and 2017-18 done under the direction of the National Statistical Organisation brought out the distressing fact of a decline in the average per capita consumer expenditure in rural India to the extent of 8.8 per cent and a rather small rise in urban areas during a period when GDP growth rates were reasonably healthy. The continuing mass distress faced by the agrarian population is also an undeniable feature of the Indian economy.

In the midst of this mass of evidence of slowdown of the economy came the news of high rates of inflation in December 2019, with food inflation reaching an annual rate of 14 per cent. The least one would have expected the Union Budget to do was that it would address the triple crisis of deepening economic slowdown, high unemployment and collapse of livelihoods for the mass of petty producers and workers in both urban and especially rural areas, recognising that we are facing a demand crisis. But the budget has not made any effort in this direction.

No stimulus for economy

As with the Budget for 2019-20 presented in July 2019, there are serious credibility issues with the budget numbers in respect of its revised estimates of tax receipts for 2019-20 and the budget projections in this regard for 2020-2021. But, even going by the official numbers, it is clear that the budget does not provide any stimulus to the economy. The budget estimate (BE) of the total expenditure for 2020-2021 is ₹30.42 lakh crore as against the BE for 2019-20 at ₹27. 86 lakh crores, a rather small increase which implies, given the assumed nominal growth of GDP, a decline in government expenditure as a share of GDP. If the experience of 2019-2020 when the revised estimate of expenditure was less than the BE by around ₹88,000 crores is anything to go by, one can be certain that the expenditure will be even less than budgeted.

This is all the more likely since the tax revenue figures assumed for 2020-2021 are rather exaggerated, and the government’s response later in the coming fiscal will once again be to cut vital expenditure to meet fiscal deficit targets. The sharp reduction in the expenditure of the Ministry of Food and Public Distribution for 2019-20 from ₹1,92,240 crores in the budget estimates to ₹1,15,240 crores in the revised estimates and in the outlay for MNREGS in BE 2020-2021 at ₹61,500 crores as against ₹71,000 crores in RE 2019-20 suggest that the cuts will be particularly anti-poor.

The announcement repeated in this budget of infrastructure investment of ₹102 lakh crore over the period from now till 2024-25 seeks to give an impression of the government providing a big boost to demand while also addressing the farm sector needs. But it is substantially hot air. Expecting  state governments to contribute 39 per cent of this figure when their finances are in such a poor state thanks, among other things, to the Centre’s fiscal policies of largesse to the corporate sector by way of significant lowering of tax rates, is rather fanciful. The private sector contributing 22 per cent and the Centre providing the remaining 39 per cent also seem unlikely.

It is not just that the budget does not address the demand crisis by enhancing the purchasing power of the mass of the population through expanded employment programmes or address the agrarian crisis by significantly increasing investment in agricultural and rural infrastructure. In the run up to the budget, starting more or less within three months of the presentation of the 2019-20 budget in July 2019, a series of moves saw the government foregoing more than ₹2 lakh crores, with ₹1.45 lakh crores foregone through reduction of the corporate tax rate to 22 per cent regardless of the annual turnover and ₹50,000 crore by way of export-related concessions accounting for the bulk of the foregone revenues.

The budget has provided new tax and other concessions to the corporate sector and to foreign capital. Its strategy is to meet the fiscal deficit targets by selling public sector assets on a massive scale. The budget for 2020-2021 assumes a receipt of ₹2.1 lakh crore by way of disinvestment. We have now reached a point where it is assumed that no economic rationale is needed for selling off public sector assets. This is a truly disastrous path.

The current policies of the government, reflected in the budget as well, will not help address the economic slowdown nor revive the rural economy. They will not be of any help in tackling the crisis of mass unemployment. They will weaken whatever degree of economic and technological self-reliance we have built over many decades and sharply enhance inequality in a country which already displays obscene levels of wealth and income disparities.

The Union Budget 2020-2021 is not merely clueless in both diagnosis and response. It is positively harmful for the people and seriously flawed in its design as well as its data.