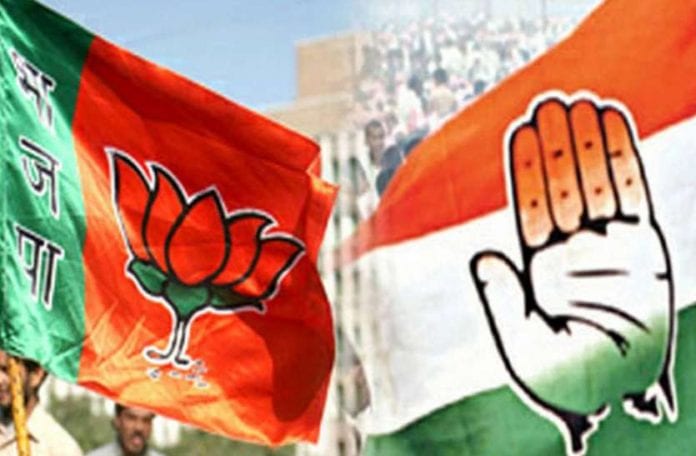 The BJP has every reason to be happy with the Supreme Court verdict, allowing a Ram temple to come up at the disputed Ayodhya site. If it needs to thank anyone for this turn of events, it is its arch-rival, the Congress party.

For, it was the Congress party in 1989, under the then prime minister Rajiv Gandhi, who allowed the shilanyas at the disputed site, and later his successor P V Narasimha Rao who looked the other way as the Babri Masjid was being demolished in 1992.

If Rajiv Gandhi helped reopen the dispute, which had lain buried for several years and was under a court-ordered shutdown, as a sort of political move to gain the support of Hindus it would rank among his most myopic decisions. Later, why Rao allowed the masjid to be demolished will remain an enduring mystery.

In 1986, Rajiv Gandhi amended the Constitution, bringing in the Muslim Women’s (Protection of Rights on Divorce) Act to neutralise a Supreme Court judgment that had ordered that maintenance be paid by the husband for divorced Muslim wives. Rajiv buckled under pressure from a section of Muslims and amended the Constitution so men from the community need not pay for maintenance for their divorced wives.

Also read: Ayodhya verdict: Here are the key takeaways from the judgment

The ruckus caused by the BJP forced the Rajiv Gandhi dispensation to look for ways to assuage the Hindu voter. And, he ended up not challenging a local Faizabad court order ruling that the disputed Ayodhya site be opened. Not just that, Rajiv also allowed shilanyas by the VHP to be performed at the site in 1989.

The fledgling BJP, under L K Advani and Atal Behari Vajpayee, was looking for an issue to make a mark. Having secured just two seats in the 1984 Lok Sabha elections, the leadership was desperate. The Ayodhya issue came in handy. Advani picked it up and demanded that a Ram temple come up at the site, claiming that Ram was born at that exact place.

The issue, culminating in a nationwide Rath yatra, propelled the BJP from two seats in 1984 to 85 in the 1989 elections to 120 in the 1991 polls – a phenomenal outcome of the Ayodhya issue. There has been, since, no looking back for the party.

As for the Congress, which started it all and probably hoped to get the Hindu vote, all it managed to do was hand over the issue on a platter to the BJP. From then, until now, the party has been unable to push itself as a party that represents all communities. Instead the Congress has been targeted successfully by the RSS-BJP combined as a party that stands for “minority appeasement”. In reality, following the 1992 demolition of the Babri Masjid, the Congress lost the support of Muslims and it has never been able to retrieve the pre-1992 level of backing from the community.

Even as the Supreme Court has tried to end the Ayodhya dispute permanently with its judgment, the Congress stands nowhere. It is floundering and politically, and is facing a crisis of survival.

The BJP has, through the government and spokespersons including Prime Minister Narendra Modi sought to paint the judgment as something that should not be celebrated as it is neither a victory nor a defeat for anyone. But, even a novice in politics will know that it is nothing but the victory of the BJP-RSS-VHP and their saffron allies. It is so clear that there is no need for anyone to actually proclaim it.

After the revocation of special status to Kashmir, the BJP has now succeeded in winning an important legal victory in the Ayodhya dispute. By this, the BJP has quietly ticked another of its items on agenda of the Hindutva checklist – the construction of a Ram temple at Ayodhya, which is now but a matter of time. Provided of course, someone goes to court (as the Sunni Wakf Board has indicated) and gets a stay on the judgment.

Next will probably be implementation of the Uniform Civil Code, another important item on the BJP-RSS agenda. Until now, the proposed code has been opposed by the minority Muslim and Christian community as, according to them, it goes against the spirit of the Constitution which gives equal space to all religions including each one’s personal laws governing marriage, property inheritance etc.

Also read: How the legal battle to acquire 2.77-acre Ayodhya land panned out over the years

Where does this leave the Congress and the other opposition parties like the various factions of the Janata Dal, regional parties like the DMK and the Trinamool which have opposed the BJP on the Ayodhya issue?

Not surprisingly, the Congress, given its history, has officially welcomed the Ayodhya verdict and supports the construction of the Ram temple. The other parties in the opposition at the time of writing had not reacted to the judgment, indicating the deep dilemma that now faces the so-called “secular” formations.

Sooner than later, the opposition will have to respond to the top court verdict but in some ways what the parties think may not matter much as the game is all but over for them on the Ayodhya issue.

Obviously the verdict has come from the Supreme Court, so no political party can technically claim credit. Except for one detail, which is that the BJP being in power both in the state of Uttar Pradesh and at the Centre will be in charge of implementing the court judgment and that in itself is enough to score enough brownie points, all in good time for 2024.