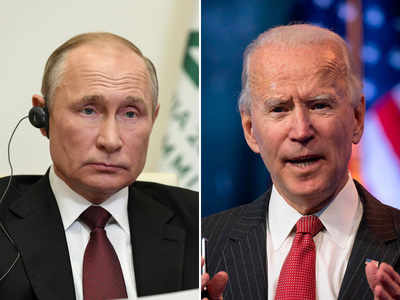 The last thing that either President Joseph Biden or President Vladimir Putin would have wanted is another contentious issue added to their agenda  ahead of the Geneva Summit on June 16 and least of all an act of air piracy by the so-called “last dictator” of Europe – Alexander Lukashenko of Belarus.

In the search of a prominent dissident but on the flimsy pretext of a bomb on board, a commercial airliner was forced to land in Minsk by a MIG-29 air force jet; the anti-government activist and his girl friend were arrested and whisked away. President Lukashenko himself dashed off to Moscow with a clutch of ‘confidential’ documents to explain the sequence of events to his only benefactor, leaving the foreign ministry of Russia to look for “similar” events that would have been justified by Western nations in the past.

It is indeed a chilling turn of events reflecting the extent to which governments would go to snatch a dissident in transit and in the process throwing to the winds all norms of international law and safe travel. To say, for example, that the West did the same to the Bolivian President in 2013 returning from Moscow, after attending a summit by forcing his plane to land in Vienna in search of the American fugitive Edward Snowden of the National Security Agency who leaked a trove of classified information is not accepted.

Also read: Biden’s summer of ’21 will be hostile, politically and legislatively

For one thing, the plane carrying Evo Morales may have been suspected by the United States of carrying Snowden (which it did not) but it had no permission to fly over the airspace of many European countries and hence had to land; it was not forced down by an American, European or NATO jet fighter. And for another, Roman Pratasevich was a political dissident, not a spy on the run like Snowden holed up at that time in the airport at Moscow with sensitive information that governments will hunt down.

The Belarus incident will figure undoubtedly at the Geneva Summit but at best it will be a sideshow for both Moscow and Washington have a huge list of issues, bilaterally and internationally, to be wasted on a single incident or individual. In fact, if the Snowden saga is itself to be seen as an example, neither the United States nor Russia allowed one individual to come in between the larger aspects of the bilateral relationship. It is a contentious issue that still continues to be discussed but not held hostage to addressing issues of the present or of the future.

What the Belarus distraction has done is to provide critics of Biden yet another opportunity to hammer away at the American President for even agreeing to meet his counterpart. And for the Republicans who had simply no courage to say anything against President Putin or Russia during four years of the Trump era, tongues have started wagging.

Republican Senator Ben Sasse who sits in the Intelligence Committee is a case in point. “We’re rewarding Putin with a summit?…Putin imprisoned Alexei Navalny and his puppet Lukashenko hijacked a plane to get Roman Protasevich. Instead of treating Putin like a gangster who fears his own people, we’re giving him his treasured Nord Stream 2 pipeline and legitimising his actions with a summit. This is weak.”

Also read: Bangladesh’s snub to China: A lesson for other nations in the subcontinent

The Nebraska politician called on President Biden to “tighten the screws on Vladimir Putin” over the Ryanair flight incident saying  “Like every puppet leader, Lukashenko doesn’t use the bathroom without asking for Moscow’s permission. It’s fanciful to imagine he’d hijack a flight between NATO allies without Moscow’s blessing”. The Senator is calling for sanctions on the Russian Pipeline Nord Stream 2 that will carry natural gas to Europe when fully functional.

In the aftermath of the Belarus incident there was the apprehension in some quarters that the planned summit of the two leaders may be in jeopardy; but all indications are that officials in charge of the meeting in Washington are going ahead with issues that are to be addressed so that the two countries can move on to a “stable and predictable” relationship for mutual benefit. Washington and Moscow have tough issues to address including North Korea, Iran, the pandemic and Climate Change and the Putin regime has faced the American wrath over the arrest and alleged poisoning of Russian opposition leader Alexei Navalny.

Moscow has been under varying degrees of sanctions over Crimea and involvement in Syria and  Washington has expressed reservations to Germany on the Nord Stream 2 Pipeline. And starting with the ‘Moonlight Maze’ in 1996, allegations have been that Russia has been involved in cyber aggression that would include the recent ‘Solar Winds’ with an apprehension that the frequency and sophistication of hacking have not only increased in intensity but also raising real questions of the ability to protect infrastructure and information.

And Democrats have a bitter grouse against Russia—active intervention on the side of President Trump in the 2016 and 2020 elections, especially the former and allegations that Official Russia had placed bounties on American troops in Afghanistan.

Coming to the Washington political scene in 1973 President Biden is all too familiar with the ups and real downs of United States’ relations with the erstwhile Soviet Union as well as the Russian Federation since the end of the Cold War. Biden has seen nine Presidents—Nixon, Ford, Carter, Reagan, Senior Bush, Clinton, Bush Junior, Obama and Trump—and the worst of it all in September 1983, Soviet fighter pilots during the Yuri Andrapov years brought down Korean Airlines KAL 007 off the Sakhalin Islands on a flight from New York to Seoul killing all 269 persons on board.

For only the second time since the Cuban Missile Crisis of 1962, Washington and Moscow came close to a nuclear showdown. If wiser counsel prevailed there is no reason to believe that either of the two nations will drift into the realms of illusion and grandeur.

A former senior journalist in Washington covering North America and United Nations, the writer is currently a Professor of Journalism and Mass Communication in the College of Science and Humanities at SRM Institute of Science and Technology, Chennai