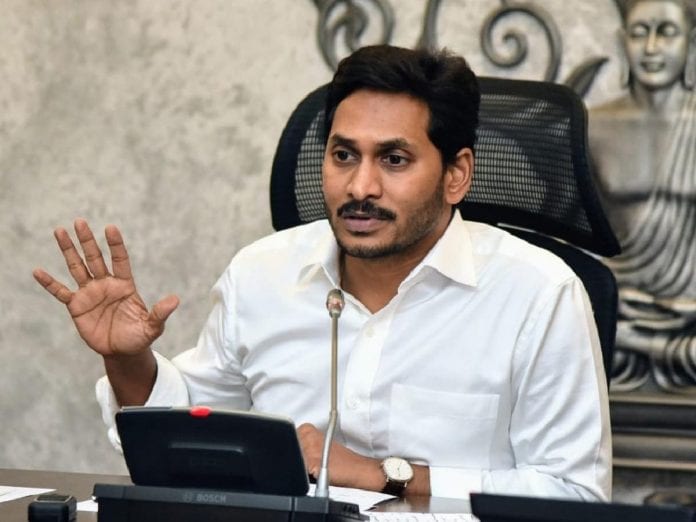 YS Jagan Mohan Reddy government in Andhra Pradesh is a shining example of how a smashing electoral victory does not necessarily entail good prospects for the development of a state.

A hundred days in the saddle, the young chief minister has offered little to cheer about the fledgling state. A slew of decisions that smacked more of a political vendetta than a commitment for the overall growth has set the tone for the negative perception of the state.

Frail economy and a skewed model

The skewed focus on populist measures with little regard for their long-term impact on the frail economy of Andhra Pradesh also threaten to play havoc with the future of the new-state-with-an-old-name.

The residuary Andhra Pradesh which was formed in 2014 lacked an economic engine to propel the agrarian state following the loss of Hyderabad that contributed a major portion of revenues to the united Andhra Pradesh.

Hence the focus of the earlier Telugu Desam Party (TDP) government was on increasing the revenue base of the state, in which it made progress by registering consecutive double-digit growth between 2015-19. There was also a quantum jump in the per capita income from ₹82,870 in 2013-14 to ₹1,64,025 in 2018-19 due to the efforts of the Chandrababu Naidu government.

Instead of capitalising on this momentum, chief minister Jagan Mohan Reddy appeared intent on rolling back every single initiative of his predecessor, in the process inflicting damage to the image of the state as a destination for investment and business.

The renewable energy sector which invested close to ₹40,000 crore in the state is in jitters following the new government’s decision to review all power purchase agreements.

Neither the disapproval conveyed by the Centre against such a move nor the concern expressed by the Japanese ambassador in India Kenji Hiramatsu over the uncertainty of his country’s investments in the sector has had little effect on the state government.

The state industries minister M Goutham Reddy’s move to review the incentives offered to the proposed big-ticket investments including those of Reliance Industries (₹52,000 crore in oil and gas and electronics sectors) and Adani Group (₹70,000 crore on a data centre) in Vizag have created a flutter in the business circles.

Wary investors such as Indonesia’s Asia Pulp and Paper (APP) which proposed to bring in the largest FDI in India to the tune of ₹24,000 crore are said to be in a rethink mode due to the present government’s sour approach.

The decision to cancel the contract for the prestigious Polavaram Irrigation Project, being funded by the Centre, jeopardises the early completion of the national project besides leading to cost escalations. The Centre-appointed Polavaram Project Authority did not mince words against the unwise move, but the state government went head anyway.

Capital city Amaravati has also become a victim of this vindictive approach. A lot of groundwork has already been done to build ‘the dream city’, visualised by Chandrababu Naidu to act as an economic engine for the newly born state.  Besides mobilising 34,000 acres under land pooling from farmers of the region, the previous government spent nearly ₹9,000 crore till date on infrastructure works in the capital.

Designs for iconic government buildings such as assembly, secretariat and high court were prepared by London-based Foster + Partners, and contracts were tendered to the tune of nearly ₹40,000 crore.

A total of 92 lakh square feet for providing housing to MLAs, All India Services officers and other government officials, is currently under final stages of construction.

Lands were allocated in the new capital to prestigious educational institutions such as XLRI and National Institute of Design, to renowned hospitals such as AIIMS and Indo-UK hospitals and leaders in the hospitality industry such as Hilton, Crowne Plaza and Novotel.  But none of these is likely to see the light of the day in the new set of circumstances.

Fall of a brand

Amaravati brand that was built assiduously by the previous government is now in tatters following the conflicting signals sent by ministers in the Jagan government.

The present government has made no bones about its intent to scale down the plans for the capital drastically, but in the process, the possibility of creating a revenue-generating asset, besides forging a city with a historical and emotional connect for the born-again state, is also lost.

The previous government had engaged a Singapore consortium to develop a start-up area in the capital and self-finance the construction of the capital by offering premium plots to international companies.

However, the real estate prices in Amaravati have tanked after the Jagan government’s disinterest in developing Amaravati became all-too evident.

When the World Bank, which promised ₹2,000 crore, pulled out of Amaravati, there was not even a whimper from the Jagan government, since the ruling party in its earlier avatar as the opposition party had actively instigated the petition-mongering that scared away the international financial institution in the first place.

All construction work in the state has now come to a grinding halt. Immediately after coming into power, the YSR Congress government set about cancelling work orders issued before April 1, 2019, but were not grounded.

This move has had a cascading effect on several companies that have had exposure to Andhra Pradesh. For example, construction company NCC Ltd had work orders totalling ₹6,100 crore issued by the previous government, which are presently in limbo. Companies across India with high exposure to projects in Andhra Pradesh are reeling under this impact.

While the previous government was focussed on creating jobs by attracting large private sector companies such as Pepsi, Foxconn and Kia Motors, the current regime wants to bloat the bureaucracy by creating lakhs of unproductive jobs in the government.

The state is in the process of recruiting nearly 2.5 lakh village volunteers who will act as some kind of mediators between the administration and the beneficiaries of various welfare schemes. They are paid a princely sum of ₹5,000 a month and are expected to do everything that the entire government machinery apparently could not deliver. Another 1.45 lakh employees are being inducted into proposed village secretariats. They are paid a minimum of ₹15,000 as government employees. Together, these redundant jobs will fleece the treasury of more than ₹3,000 crore a year.

As if this is not a burden enough on the state which is staring at empty coffers, the chief minister gave green signal to absorb 52,000 employees of the Road Transport Corporation into the government, which will add another ₹3,500 crore salary bill to the exchequer.

Having ridden to power on the promise of a slew of welfare measures called Navaratnalu (nine gems), Jagan Mohan Reddy is already finding it difficult to roll out these schemes due to paucity of funds.

Many of the promises which include providing loan waiver for all women from cooperative societies, college fee reimbursement of up to ₹1.5 lakh per year, ₹15,000 per month for mothers who send children to school and interest-free loans to eligible farmers, among others, are yet to be initiated.

According to an estimate, the state government would need at least ₹50,000 crore to see through all the promised sops, which is a tall order given the feeble fiscal position of the state.

During a recent review meeting, the officials told the chief minister about the sliding revenues in almost all the sectors during the last quarter, contributed in equal measure by the new government’s short-sighted policies and the recession setting in all around.

Jagan made several symbolic gestures such as designating five ministers as deputy chief ministers, passing legislation providing for 75% reservation to local youth in industries and factories, reserving 50% of government nominated contracts, nominated posts and state corporations for Backward Classes, SCs and STs and allocating 50% of seats for women in government nominated posts. While these moves will certainly bring in political mileage for the ruling party, they are likely to end up more as an exercise in tokenism.

With nearly a dozen CBI cases hanging around his neck, the chief minister who wants a makeover as Mr Clean has been often talking about ‘transparent, corruption-free’ government. The Judicial Preview Act that his government brought in recently is a commendable move but it is yet to be tested in the real world.

While Jagan Mohan Reddy’s first hundred days have certainly boosted his populist image, there are enough indications that development will take short shrift under the new regime. There is enough time for the youthful chief minister for course correction but the question is whether he can come out of his vindictive politics.

AP’s three-capital quagmire holds too many challenges for stat...

Anger over 3 capitals a gateway for BJP in Andhra?