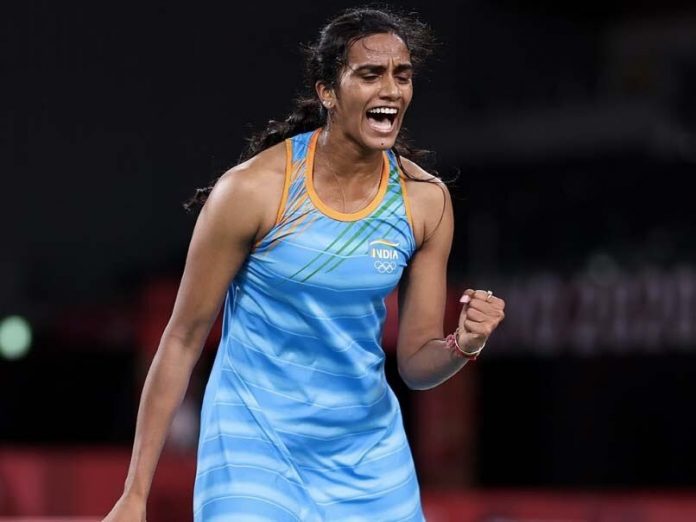 Reigning world champion PV Sindhu said she was completely blank after winning a second successive Olympic medal and it took her a while to realise the enormity of her historic achievement in the Olympics.

The 26-year-old Indian ace shuttler etched her name among the all-time greats after winning the bronze medal in women’s singles badminton on Sunday to add to the silver she won at Rio de Janeiro five years back. She became the first Indian woman and second sportsperson from the country to achieve this feat.

“I was blank, my coach was literally in tears, it was a big moment. I hugged him and said thank you. I did not know what to do for the next five to six seconds, I shouted, so all emotions came together at that moment,” Sindhu said during a virtual press conference on Monday.

Sindhu won the medal after beating China’s He Bing Jiao in the third-place play-off. The win came after a painful loss in the semi-finals to world number 1 Tai Tzu Ying.

Sindhu said coach Park Tae-sang’s encouragement helped her recover from the semi-final loss and claim the bronze for the country. “After the semi, I was really sad, I was in tears but my coach said it is not over yet. … He said there is a lot of difference between a fourth position and a bronze and that really hit me,” Sindhu said.

“I went with the mindset that I have to give my hundred per cent and get that medal,” she added.

A lot of questions were raised when Sindhu decided to move out of the Pullela Gopichand Academy and train at the Gachibowli Indoor Stadium, which had bigger halls similar to the Olympic venue in Tokyo. She said it was one of the best decisions, especially since drift played a role during the Games at the Musashino Forest Plaza in Tokyo.

“Yeah, from the beginning there was no controversy, I mean, we had this opportunity to play in conditions similar to Olympics, so from February we have been playing there, it has really helped us because drift played a big role and I learnt a lot in Gachibowli, I learnt to control the shuttle better,” Sindhu said. “I feel it was the best decision…We also got used to different players from Suchitra academy also. It was important,” she added.

Sindhu also said that the Badminton Association of India and Sports Authority of India had also been very supportive towards her.

Chinese Taipei’s Tai Tzu has revealed that Sindhu’s words of encouragement after the medal ceremony had left her in tears after she went down in the Olympics women’s singles final.

Asked about the gesture, Sindhu said: “At the end of the day, when you play sports, you are opponents and you don’t have that mercy, but when the match is over you come back to normal friendship and that’s what matters at the end of the day.”

Sindhu said that communication with the opponent after the game is very important between sportspersons. “When you lose and you see someone lose, you know how much it hurts, you understand the feeling. When Tai Tzu lost, I knew that she was sad, so I said it was not her day. It was a small kind of talk with her and a hug,” she said.

Will continue with Park, says Sindhu

“I learnt a lot from each coach. It is good to learn new skills and utilise them whenever needed. They all were different, with different mindsets. I am happy I have with me the knowledge that they taught me,” Sindhu said.

Sindhu also said she will want to continue training under Park, who was initially hired to train the men’s singles players but started working with Sindhu after the abrupt departure of Kim Ji Hyun.

“I have known him for a long time when he was training with the Korean team…initially it took us time to get to know each other, about the conditions but there was this dream to get an Olympic medal so we worked really hard. … Especially in this pandemic lot of people suffered, he could not go home, he just went home for 13 days. So it is all his hard work and we finally got this medal back to the country,” Sindhu said.

Asked about her plans for the 2024 Paris Olympics, Sindhu laughed and said: “There is still time for Paris, let me just cherish the moment, I will give my best and give my hundred per cent.”

LIC continues to bet big on Adani Group amid ...