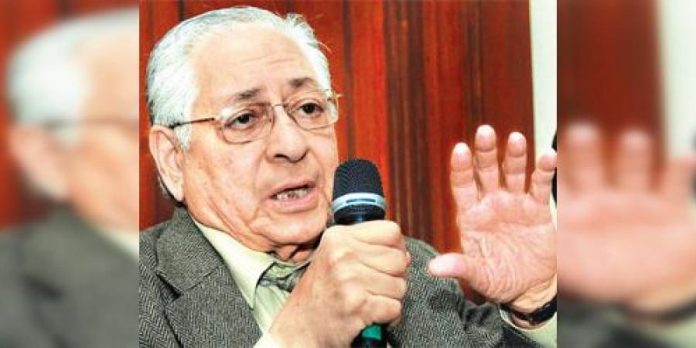 He was unsurpassed in his sheer oratorical performance and his ability to appeal to the reasonable side of judges. PTI File Photo

There are two kinds of lawyers in the Supreme Court – those that have seen Soli Sorabjee argue in full flow and those who haven’t. Cricketing expression often found favour with Sorabjee and he, at the same time, combined precision of Michael Holding, elegance of VVS Laxman and steadiness of Rahul Dravid. There may have been more erudite scholars of law but for sheer oratorical performance and his ability to appeal to the reasonable side of judges, he was unsurpassed.

In 2005, I ‘interviewed’ to join the chambers of Sorabjee. Revising the landmark cases on constitutional law on my way to his office, I realized the futility. The final word on India’s constitutional law from the 70s till early 2000s, was, his word. There were many things to take in while walking into his office – the enormity, the comfort of natural light – as compared to most litigating lawyers’ office, the books and the warmth of his personality that stitched everything together. Junior lawyers aren’t expected to participate in briefing conferences. However, in the legally complex case of challenge to the Governor’s rejection of Nitish Kumar’s move to form a government, he was prepared to give a patient hearing to the most inexperienced lawyer at the table.

Many people confused his impatience with arrogance – but briefing lawyers suffer from stubbornness that their clients pass on to them. Sorabjee was acutely aware of what the opposing counsel would argue and the approach of the judges. Ignoring reality of courts wore his patience thin. He had patience to hear out a well-informed lawyer and the humility to change his opinions.

Once, I highlighted an apparent incongruity in an amendment to the Contempt of Courts Act and the implication of truth being a justifiable defence. His immediate reaction was to reject the point – but within a minute, he recognized the issue. And his genius was in reconciling differences and taking a reasonable approach.

His most remarkable performance, for impact and result, must be the Ninth Schedule case – IR Coelho v. State of Tamil Nadu. Ironically, having argued Keshavanand Bharti v. State of Kerala for petitioners and having articulated the Doctrine of Basic Structure with Nani Palkhivala, in IR Coelho, he was defending abridgement of Fundamental Rights! Petitioners, led by Fali Nariman and Harish Salve had a field day challenging the absurd Article 31B. A vocal bench of nine judges led by the academically inclined Justice SH Kapadia (later Chief Justice of India) put the extremely skilled and persuasive Solicitor General (late Goolam Vahanvati) to some exacting questions on law.

Sorabjee’s submissions after the Solicitor General was mesmerizing. Upholding the constitutionality of a law that violates Fundamental Rights is self-contradictory and anathema to a constitution that cherishes rule of law. The convoluted provision and abstract mechanism of Article 31B was reminiscent of lessons in matrices and determinants. But in his defence of Article 31B and in convincing the judges, the provision seemed absolutely reasonable! I had never seen Justices Kapadia and Pasayat quieten down as quickly!

I later told him that had he argued for the petitioners, the court would have struck down the provision as unconstitutional. He confessed ‘his heart was with the petitioners’! We disagreed on the NDA government’s repeal of Article 370 and the Citizenship Amendment Act. But he was always game for debate — eagerly going through an article where I disagreed with his views and criticized the repeal of Article 370. Although, if he had defended the repeal in court, I may have agreed with his view!

Reasonableness was his key to life in general. I had sought leave of absence to fly to Bangalore for a concert. Circumstances forced me to make the plea during the conclusion of a conference – he was both impressed and appalled. Appalled when he found it was a heavy metal concert! We discussed music often and he was particularly impressed that you could listen to music on your phone. Invariably on our way back from court, we would listen to Dave Brubeck’s Take Five.

He grew weary of the drudgery of daily court routine and threatened to retire – to write a book on famous dissents and administrative law. Unfortunately, he never got around to writing those books — they would have made for excellent reading.

For a man of his seniority in the profession, he could be stubborn like a child. He would refuse to acknowledge negatives in people he liked and would obstinately insist on, sometimes, the impossible. His childlike enthusiasm for the things he liked was absolutely endearing. Every time we crossed a hoarding of the newly launched iphone, his face would light up – because he had received it as a gift. His unadulterated and unabashed affection for those around him was truly childlike.

When we last met in January, he brushed aside concerns over Covid for an embrace!

No account of Soli Sorabjee would be complete without his undying admiration for Nani Palkhivala and Jamshedji Kanga. He wore the badge of honour of being a junior from the chambers of Jamshedji Kanga proudly and more than once he remarked how certain acts were absolutely not permissible in chambers of Kanga. He was equally proud of the accomplishments of his juniors. An argument in court, a publication in media – no achievement of his juniors was small for him. More than once he admonished me for my errors – but he’d almost be remorseful when I would apologize later for my errors. His remorsefulness would only make you feel worse.

New Delhi and the Supreme Court engender a culture of pomposity. Although a former Attorney General and acutely aware of the role played by lawyers and courts, he never took himself too seriously. The Supreme Court sorely misses a lawyer of his stature who can firmly disagree with the court and through sheer power of intellect and integrity change the opinion of the court. As deferential and courteous as he would be to the judges, he was never obsequious and never lost an opportunity to remind judges of the law.

Today, it is unimaginable that a lawyer chastises a judge for ignoring precedent or ignoring the faint plea of a weak litigant before the court. His allegiance was to his conscience and the rule of law – a facet sorely missed in law officers who blindly defend the government.

He made no claims about being a saint and never pretended to be one. He would certainly not have endured rambling eulogies. He will be sorely missed for the warmth of his company – the twinkle in his eyes and his annoying fascination for the raucous news channels. He will be missed for the mandatory dinners – grilled fish, baked dishes, biscuits, and cakes.

(MS Ananth was a junior from the chambers of Soli J. Sorabjee).

To decongest jails, SC asks not to arrest accused unless necessary