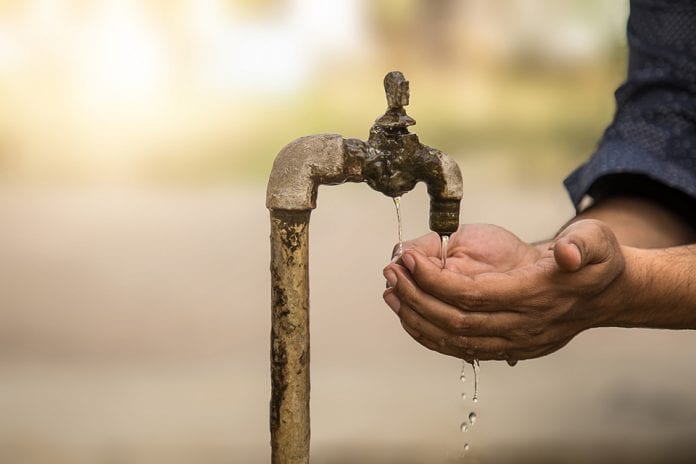 He stressed on the conservation of monsoon rains to overcome water shortage in the country.

“Water conservation is everyone’s responsibility,” he said while replying to supplementaries during Question Hour.

The water conservation issue needs to be converted into mass movement by creating awareness, the minister added.

Shekhawat said in many countries sewage water is being recycled to make potable water, but there is no such need in India.

“Water is a state subject and planning, funding, implementation and maintenance of water supply schemes are primarily the responsibility of the state governments,” he said in written reply.

“According to NITI Aayog’s documents ‘Strategy for New India @75’ due to growing population, the per capita water availability in the country has decreased from 1816 cubic metre in 2001 to 1544 cubic metre in 2011,” the minister said.

He said an advisory was issued by the Department of Drinking Water and Sanitation in May to states on water conservation and to meet drinking water requirements of rural areas on priority, during scarcity.

That apart, Shekhawat said the Prime Minister has written letters to all Sarpanches in the country motivating them to take up water conservation activities like de-silting and cleaning of water bodies, rain water harvesting etc. with people participation.

“As announced in the Union Budget Speech 2019-20, it has been envisaged to ensure piped water supply to all rural households by 2024 under the Jal Jeevan Mission. This programme will focus on integrated demand and supply side management of water at the local level, including creation of local infrastructure for source sustainability like rainwater harvesting, groundwater recharge and management of household wastewater for reuse in agriculture,” he added.

The Jal Jeevan Mission would converge with other Centre and state government schemes to achieve its objectives of sustainable water supply management across the country, the minister said.