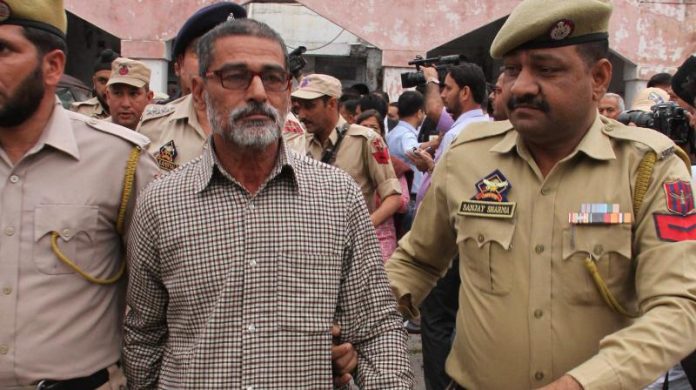 A special court on Monday (June 10) convicted six people accused in the rape and murder of an eight-year-old nomadic girl at Kathua in Jammu and Kashmir and sentenced Main accused Sanji Ram, Deepak Khajuria and Parvesh Kumar sentenced to life imprisonment. The three accused were also sentenced to 25 years for charges of gangrape. Besides, SI Anand Dutta, head constable Tilak Raj and special police officer Surender Verma were sentenced to five years for destruction of evidence.

Sanji Ram, Deepak Khajuria and Parvesh Kumar were convicted under the Ranbir Penal Code sections pertaining to criminal conspiracy, murder, kidnapping, gangrape, destruction of evidence, drugging the victim and common intention. They were sentenced to life imprisonment and fined ₹1 lakh each for murder along with 25 years in jail for gangrape, lawyers said.

A seventh accused, Vishal, who is the son of main accused Sanji Ram, was acquitted.

The in-camera trial in the case that shook the nation ended on June 3.

According to the 15-page charge sheet, the eight-year-old girl, who was kidnapped on January 10 last year, was allegedly raped in captivity in a small village temple in Kathua district after having been kept sedated for four days before she was bludgeoned to death.

The day-to-day trial commenced in the first week of June last year at the district and sessions court in Pathankot in neighbouring state of Punjab, about 100 km from Jammu and 30 km from Kathua, after the Supreme Court ordered that the case be shifted out of Jammu and Kashmir.

“Amen to that. The guilty deserve the most severe punishment possible under law. And to those politicians who defended the accused, vilified the victim and threatened the legal system no words of condemnation are enough,” Abdullah tweeted.

He was reacting to the Pathankot court verdict convicting six of the seven accused in the rape-and-murder case of the eight-year-old nomadic girl in Rasana area of Kathua district in January last year. “Welcome the judgement. High time we stop playing politics over a heinous crime where an 8 year old child was drugged, raped repeatedly and then bludgeoned to death. Hope loopholes in our judicial system are not exploited &amp; culprits get exemplary punishment,” Mehbooba tweeted.

Bureaucrat-turned-politician Shah Faesal lauded the police for securing the conviction of the accused persons. “Congratulations to @JmuKmrPolice for getting Raisina Kathua rapists convicted. Politicians tried their best to sabotage the movement for justice to A (the victim). But the Honble Court and the law enforcement agencies stood their ground. Pray we never have to see such horror again,” he tweeted.

Here are a few pointers to walk you through the case:

2. The girl’s body was recovered in a mutilated condition from a forest on January 17, 2018.

3. The case was handed to the Crime Branch after a police sub-inspector and head constable were arrested for destroying evidence in the case in exchange of Rs 4 lakh from the main accused Sanji Ram.

4. While one of the accused, a juvenile, was arrested three days after the body was recovered, the main accused Sanji Ram, a retired revenue officer surrendered to police on March 20. Other accused in the case are his son Vishal, a juvenile who is his nephew, his friend Anand Dutta and two special police officers.

5. The Crime Branch chargesheet mentioned that the rape and murder were part of a strategy to create fear among the nomadic community in the area.

6. The case was shifted out of Jammu and Kashmir on orders of the Supreme Court after lawyers at the Kathua court prevented the Crime Branch from filing charges on April 9.

7. The day-to-day in-camera trial began on April 2018 against seven of the eight accused (as one is a juvenile), in June 2018 at the district and sessions court in Pathankot, 30 km from Kathua. The hearing concluded on June 3.

8. The Supreme Court in a ruling in April had said that the trial has to be conducted by the district and sessions judge and cannot be assigned to any additional session judge. The apex court ordered that the lower court fast tracks the trial and takes it up on a day to day basis to ensure speedy judgment.

9. All the accused, except the juvenile, were shifted to Gurdaspur jail on orders of the Supreme Court. The trial against the juvenile is yet to begin as petition on his age is yet to be heard by the Jammu and Kashmir High Court

10. The case created a rift between then ruling alliance partners PDP and BJP as two ministers of the BJP participated in a rally organized by the Hindu Ekta Manch in support of the accused.