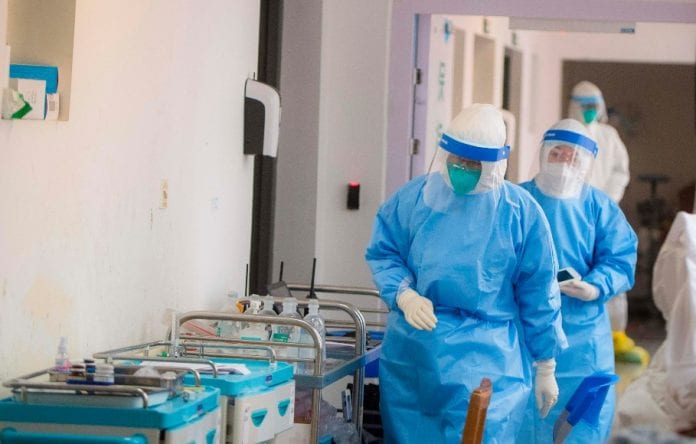 Two Chinese crew members of a ship from coronavirus-hit China have been ‘kept away from access’ as the vessel called at Chennai port on Wednesday (February 19).

The Chennai Port Trust said the ship had 19 Chinese crew and it had visited ports in that country and was allowed here on Tuesday after the 14-day incubation period from its last visit to a Chinese Port and after ensuring that all the crew were healthy based on pre-arrival monitoring.

On berthing, a health team of the Port Health Officer (PHO) boarded the vessel and examined all the crew. “It was observed that two of the 19 crew members had mild fever without other respiratory symptoms and otherwise healthy in all respects.”

“These crew members were isolated within the ship and the ship is kept away from access of anybody from shore side and no crew is allowed shore access,” it added.

The blood samples of the isolated individuals were collected on Wednesday by a state Health team and the PHO and sent to the city-based Kings Institute of Preventive Medicine, it said, adding, the results were expected later in the day.

“After receipt of the report, the Port authorities and officials of PHO will take strict measures as per the SOP (Standard Operating Procedure) regarding further action,” the
release added.

The outbreak of coronavirus, known as COVID-19, in China has left 2004 people dead in the Asian country, even as the overall confirmed cases have crossed 74,000.