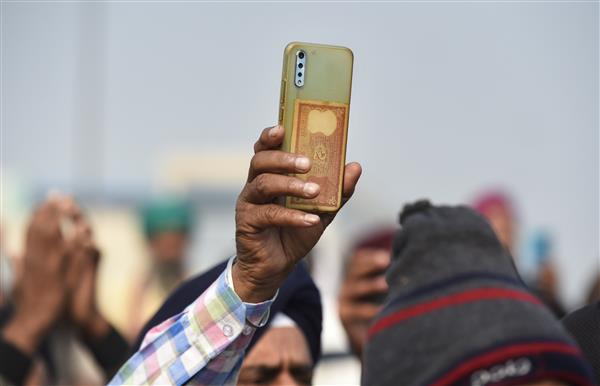 India’s farm sector employees about half the country’s population and contributes about 20% to the national economy.

The three US-based multinational giants, along with their local equivalents like Jio Platforms and ITC, would harness farmers’ data and make use of apps and tools to improve farm productivity, reports Bloomberg.

India’s farm sector employees about half the country’s population and contributes about 20% to the national economy. The Modi government believes that by tying up with major technology companies it can give a fillip to rural economy, reduce food imports and slash food wastages, thus making the country’s agriculture sector efficient enough to compete with some of world’s biggest food and fruits exporting countries.

Multinational companies see this as an opportunity to enter India’s high potential agri-tech sector, which has the potential to reach about $24 billion in revenue by 2025, as per Ernst & Young estimate.

The tech companies can use artificial intelligence (AI) and machine learning to gather vital farm data like crop output, soil quality, moisture, heat, rainfall, land holdings, crop insurance, loans, etc. and suggest solutions for effective climate-friendly agriculture practices. Putting all this information into a single database and then analysing it with the help of AI can help solve a multitude of problems that have been troubling our farmers for long.

Also read: Gujarat cabinet: Why BJP is not scared to act even with polls at doorstep

Additionally, e-commerce companies like Amazon and Jio can provide requisite market to farmers to sell their produce in a groceries market that accounts for more than half of the $1 trillion in annual retail spending by Indians.

“The agri-tech sector is a high impact industry and private players are sensing the opportunity and want to be a large part of it. India has a very high amount of food wastage because of lack of technology and infrastructure. So there’s a huge upside to the program,” said Ankur Pahwa, a partner at consultancy EY India, told Bloomberg.

How will farmers respond to the govt move?

Bringing in multinational companies into the farm sector may backfire for the government which is already under pressure from a large section of farmers agitating against three Central farm laws. Critics say the move may badly impact small and vulnerable farmers.

Also read: Agriculture in a state of churn as farmers resist market-oriented changes

“With this data they will know where the produce wasn’t good, and will buy cheap from farmers there and sell it at exorbitant prices elsewhere,” said Sukhwinder Singh Sabhra, a farmer from Punjab.

It remains to be seen how the Centre plans to sell its technology-to-help-agriculture plan to a farming community ahead of the crucial state elections due in 2022.