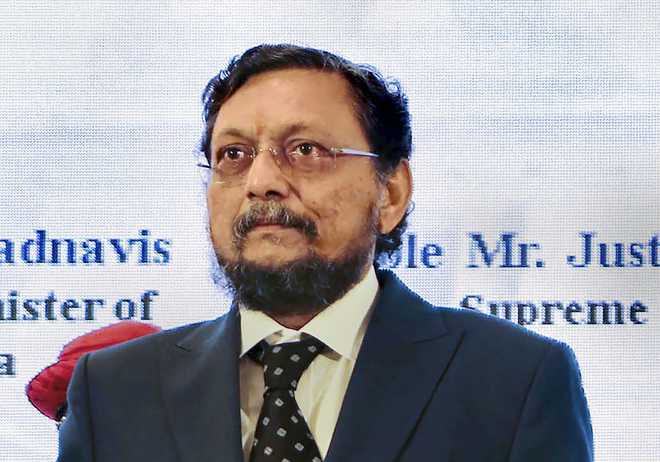 Chief Justice of India SA Bobde on Saturday (February 8) said the time is ripe to devise a comprehensive legislation which contains “compulsory pre-litigation mediation” that would ensure efficiency and reduce the time of pendency for parties as well as courts.

Speaking at the 3rd edition of of an international conference on Arbitration in the Era of Globalisation, Justice Bobde said a robust “arbitration bar” is critical to the development of institutional arbitration in India as it would ensure availability and accessibility of practitioners with knowledge and experience.

“The pre-institution mediation and settlement as mentioned in the Commercial Courts Act would pave the way for many more institutions to emphasize on the need of pre-litigation mediation considering its very many benefits. I think the time is ripe to devise a comprehensive legislation which contains compulsory pre-litigation mediation and a remedy for the biggest drawback in a mediation agreement that is to say the unenforceability of an agreement arrived at a mediation would ensure efficiency and also reduce the time pendency for parties as well as the courts,” he said.

While talking about India’s role in international arbitration, Justice Bobde said, “In recent times, globalisation has led to the dramatic growth in cross-border transactions involving India, which has led to an increasing demand for cross-border arbitration. This has resulted in establishment of transnational practices to deal with growing quantum and complexity of matters.”

He added that arbitration was not meant to mirror litigation. “The time-consuming methods of long oral arguments, long written submissions and a reference to precedence are bound to bring about the same effect in arbitration as it is done in litigation,” he said.

Justice Bobde said that in the 21st century, the “global and economic integration, filled by technological innovations, enhanced communication and affordable transportation” have sharply reduced the relevance of national border for trade commerce and economic activities.

“I do agree that the globalisation seems to stay. Exponential growth of trans-boundary interactions necessitates formation of complex regulatory frameworks, including provision of effective and efficient methods of dispute resolution. Yet attempts to resolve international commercial or investment disputes in jurisdiction-tethered-state-forums have met with little success. This void has been successfully plugged by various alternate methods of dispute resolution, in particular international arbitration. It would not be wrong to suggest that today arbitration is the most preferred mode of privately resolving a varied range of disputes, however it must be kept in mind that the same is at the cost of mediation and conciliation which is much faster and less expensive than arbitration,” he said, at the programme was organised by Indian Council of Arbitration and Federation of Indian Chambers of Commerce and Industry.

He further said that one must also be cognizant of the synergistic opportunities available for international arbitration through utilisation of disruptive technologies. “Both IA (International Arbitration) and AI (Artificial Intelligence) are leading alternatives to status quo: IA to traditional methods of dispute resolution, AI to traditional methods of performance,” he said. He said that the judges aim is to resolve a dispute, but the dissatisfaction in the outcome results in the hierarchy of the appeals which cannot be avoided.

“Judging can be a difficult task and judges do what everybody avoids doing, i.e., take decisions. Popularity is a mirage for judges. No judge worth a salt aims at popularity. The idea is to resolve a dispute. But there is a dissatisfaction in the outcome which results in the hierarchy of the appeals which cannot be avoided. And therefore the utmost importance of alternative dispute resolution and that is something over the judiciary has no control except that it should not interfere with awards,” he said.

“I think arbitrator was intended to be somebody who knows the subject, who knows the people who have appointed him, who have broad idea of the dispute and is simply looks at the evidence and says this should be the result. This was meant to be a simple process,” he said.