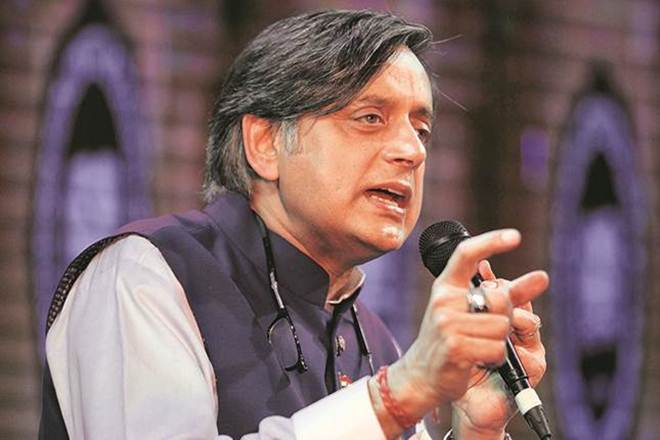 Tharoor says he believes some people may be going to the Supreme Court directly to ask for a judicial probe. File Photo

Congress leader Shashi Tharoor has ruled out a Joint Parliamentary Committee (JPC) probe into the alleged snooping through Pegasus software of 300 individuals, including ruling party politicians, journalists and other constitutional authorities. Tharoor heads the Parliamentary Standing Committee on Information Technology.

The MP from Thiruvananthapuram told The Indian Express that that the committee will “do its duty” as the subject is “already on the mandate of my committee”.

Also read: Pegasus could be Cong-JD(S)’s poll plank to defeat BJP in Karnataka

The House panel has invited officials of the Ministry of Electronics and Information Technology, Ministry of Home Affairs and Department of Telecommunications on July 28 to discuss citizens’ data security and privacy. Tharoor said there was no need to form a JPC since the standing committee and the JPC have identical rules.

“It is an active issue and until the committee has reported, I cannot speak in my capacity as chairman. As an individual MP, I can say this is an issue of utmost gravity and seriousness for Indian democracy,” The Express quoted him as saying.

“The implied allegation is that a government agency has been using a software intended for tracking criminals and terrorists and used it for the partisan political benefit of the ruling party…if you look at the list of people who have been tapped, the figures are either Opposition politicians or journalists or people of other kinds of similar interest to the ruling party such as the (Ranjan) Gogoi harassment case family… the lady and her family, secretaries of leaders and so on,” he said.

The laws are very clear about surveillance, he said. “Interception of communications is only supposed to be authorized on grounds of national security or the prevention of a crime. There are rules and procedures governing that. If you read the IT Act of 2000, sections 43 and 66 read together… hacking … which is to introduce any malware or spyware into a computer device, computer network etc is actually against the law which is punishable by three years in prison or Rs 5 lakh or both,” he said.

“If our government didn’t do it, some other government had to have done it because NSO (the firm that owns Pegasus) claims that the software is only sold to governments… and that too governments that are vetted by them and then approved by the Israeli government. So in these circumstances, either way it is serious. Either somebody in the Indian government has broken Indian laws, and assaulted our democracy, or a foreign government is intruding upon Indian politics and Indian public life,” Tharoor said.

A consortium of media outlets, called “Pegasus project”, has claimed that a number of Indian citizens, including politicians, journalists and activists, were potential targets for Pegasus, a spyware developed by Israel-based firm NSO Group.

The controversy broke after French media non-profit ‘Forbidden Stories’ leaked a database of phone numbers to the consortium, claiming that owners of those phones were potential targets for snooping. The consortium includes The Wire, Washington Post, The Guardian, and other media groups.

The Wire has claimed that the numbers of Congress leader Rahul Gandhi, poll strategist Prashant Kishor, two Union ministers, Trinamool Congress leader Abhishek Banerjee and some 40 journalists were selected as potential targets of snooping. There is, however, no proof to suggest that numbers found in the database were actually hacked.