BJP president J P Nadda on Saturday (September 26) announced a new team of the party’s national office-bearers which has an element of continuity as well as change.

The list of eight general secretaries, crucial organisation position in the party as they are the link between state and central leadership, has five new faces with Bhupender Yadav, Arun Singh, and Kailash Vijayvargiya being retained. 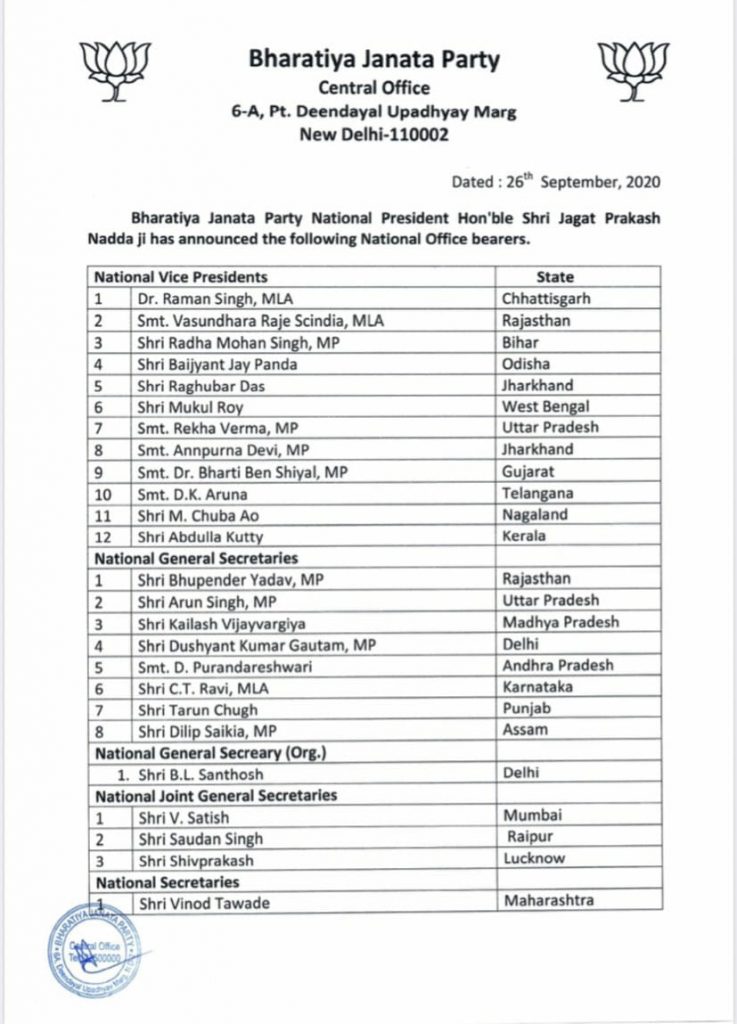 Interestingly, no BJP leaders from Tamil Nadu were found on the new list of national office-bearers.

Party MP Tejasvi Surya, a fiery speaker, has been made the president of the party’s youth wing in place of Poonam Mahajan.

The party has also expanded its list of spokesperson to 23, with MP Anil Baluni being elevated as the chief spokesperson and remaining its media head.