Making an attempt to quantify what a common person pays for a “thali” (meal platter) cross India, the Economic Survey on Friday said affordability of vegetarian meal platter improved by 29% while that of non-vegetarian by 18% during the 2006-07 and 2019-20 period.

Dedicating a full chapter on ‘Thalinomics – The Economics of a Plate of Food in India,’ the survey tabled in Parliament by Finance Minister Nirmala Sitharaman analysed data from the Consumer Price Index (CPI) for industrial workers for around 80 centres in 25 states and Union Territories from April 2006 to October 2019 to arrive at the cost of a meal platter. 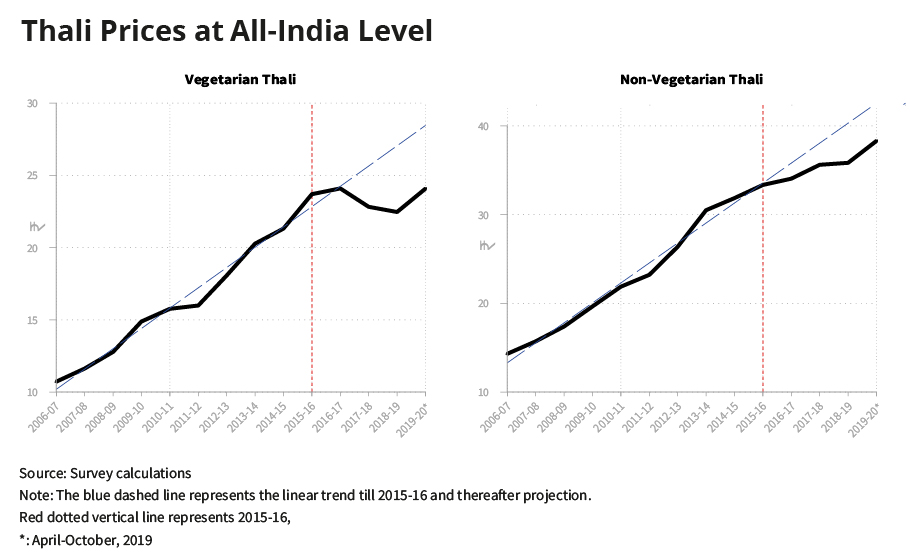 “Both across India and the four regions – north, south, east, and west – it is found that the absolute prices of a vegetarian thali have decreased significantly since 2015-16 though the price has increased in 2019,” it said.

As a result, the survey said, “An average household of five individuals that eats two vegetarian thalis a day gained around Rs 10,887 on average per year while a non-vegetarian household gained Rs 11,787, on average, per year.”