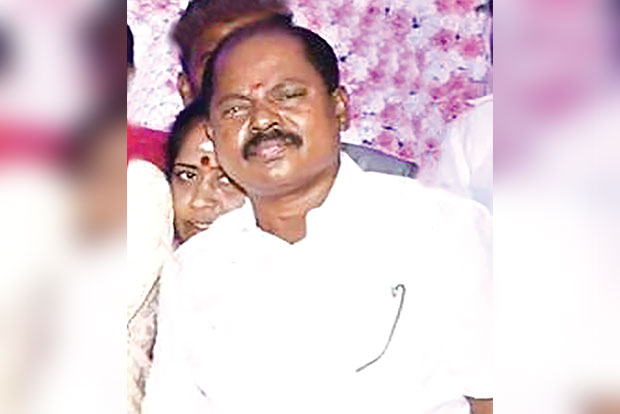 Over two weeks after the death of a 23-year-old techie due to an illegal hoarding, Chennai police have arrested former AIADMK councillor C Jayagopal, one of the accused in the case, near Krishnagiri district in Tamil Nadu on Friday (September 27).

On Thursday (September 26), the police manage to track him near Denkanikottai in Krishnagiri district. “He was residing in his relative’s house in Krishnagiri. He would be transported to Chennai from Dharmapuri, after which he would be produced before the magistrate,” police said.

After the Madras high court came down heavily on the corporation and police department, a case was registered against the former AIADMK councilor C Jayagopal, who had erected the flex banners for his daughter’s marriage.

Ever since the case was registered against him, Jayagopal has been on the run. Chennai police had formed a special team to arrest him and was tracking his location using his mobile phone signal.

Jayagopal was slapped under various charges including section 3 of Tamil Nadu Open Places Act 1959 and section 326 (Causing grievous hurt by dangerous weapons or other means) of the Indian Penal Code.

On September 12, Subhasri, died after a banner fell on her two-wheeler and was fatally ran over by a tanker truck. In this regard, the Chennai police initially arrested the lorry driver and the owner of the flex banner printing unit.

Also read | Once a publicity essential, banner culture has outlived its utility