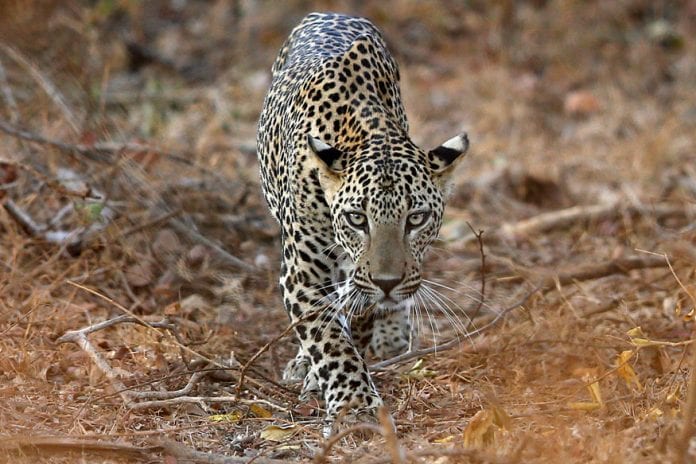 A study revealed that the leopard population in India has declined 75-90% and suggested that the carnivore demand similar conservation attention like tigers in the country.

The study was conducted by scientists from the Centre for Wildlife Studies (CWS India) and the Wildlife Institute of India. The scientists have used genetic data from leopards sampled across the Indian sub-continent to investigate population structure and patterns of demographic decline, a CWS India press release said.

They investigated the demographic history of each identified subpopulations and compared genetic decline analyses with countrywide local extinction probabilities.

They collected faecal samples and identified 56 unique individuals using a panel of 13 microsatellite markers, and merged this data with already available 143 leopard individuals.

The study revealed population structure and recent decline in leopards.

“Coalescent simulations with microsatellite loci revealed, across India, a possibly human-induced 75-90% population decline between approximately 120-200 years ago,” it said.

The population-specific estimates of genetic decline are in concordance with ecological estimates of local extinction probabilities in these subpopulations, it was stated.

“Our results are both interesting and alarming- using two different methodological approaches we have established that even one most adaptable big cats in India has experienced decline in population structure and distribution,” Krithi K Karanth, Chief Conservation Scientist at Bengaluru-based CWS said.

The study suggested that leopards demand similar conservation attention like tigers in India.