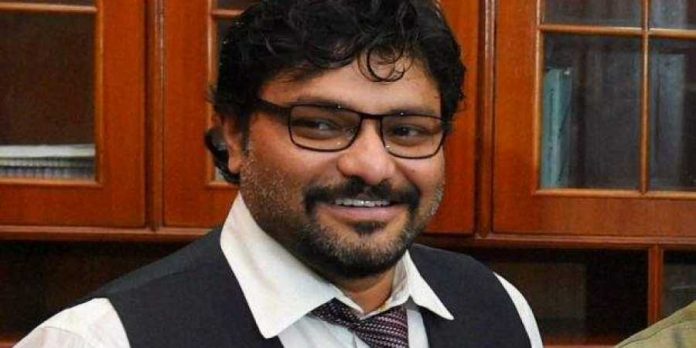 Union Minister Babul Supriyo on Wednesday (November 6) said that the annual stubble burning in Punjab and Haryana ahead of winter has become “season greetings” to Delhi and also its “capital punishment” as it faces severe air pollution due to it.

However, the “right ways” to combat air pollution in Delhi and other cities have not been implemented, he said at the fifth edition of Indian International Science Festival here.

Referring to Punjab Chief Minister Capt Amrinder Singh writing to Prime Minister Narendra Modi and seeking funds, the union minister of state for environment, forest and climate change said he should “look at his own backyard” particularly when the state had given machines for management of stubble instead of burning it.

“In Delhi vehicular pollution is less and the smog, which we usually see in pictures and on television is mostly because of the dust, biomass and stubble burning and careless activities by human beings. Stubble burning is becoming a season greetings to Delhi and the winds are not helping either … The national capital is going through capital punishment,” he said.

He said the Punjab chief minister had last year written to the prime minister for increasing the minimum support price of crops and had sought funds. “The appeal was rejected as one particular state cannot be given privilege. The same letter came from him this year. He should actually see his own backyard,” he said.

Punjab, the union minister said, had been provided 1500 machines for turning the stubble into manure without burning it. It had sought ₹2,000 crore from the Centre in October for farmers so that they can remove paddy straw without burning it to check pollution and soil damage.

The state had on Tuesday reported the seasons highest farm fire count at 6,668 as farmers continued to defy a ban imposed on stubble burning. It triggered fears of upending the gradual improvement in air quality registered over the past two days.

While the Delhi government has blamed crop residue burning in neighbouring states for toxic haze over the city, the farmers express helplessness at not having any viable alternative to stubble burning.

Referring to the lack of steps by the people to check air pollution, Supriyo said, “If we had only understood how important is to carry out our very own tradition of sprinkling water in front of houses or shops so that dust does not become a burden … We have not been careful of what is needed to be done for the environment”.

Elaborating, he said even police vehicles in some cities do not have pollution under control certificates. He said the careless activities of people is one of the factors that cause the environmental degradation.

“We have taken the world so much for granted that a lot of energy of the scientists is being expended to cure diseases because prevention steps are not in place. Cases of dengue and water-borne diseases are being reported from many cities, every year. But are we eliminating the causes of the diseases?” he asked.

There should be a mini science and technology ministry within each ministry to enrich them to innovate in a scientific manner, he added.

All Delhi government vehicles to switch to electric in 6 months