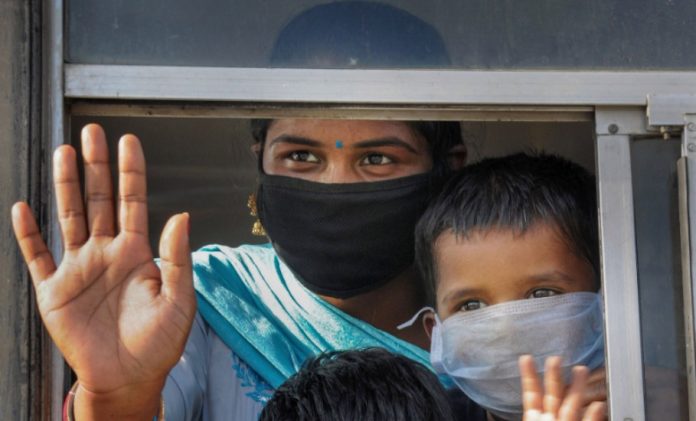 Preventing the spread of the coronavirus from urban to rural areas where the majority of the population lives will be a key in the country’s battle against the COVID-19, a prominent health expert said on Friday (May 8).

“As people start easing back into their normal lives, they should continue with the practice of social distancing, wearing face masks and hand hygiene to contain the spread,” President of Public Health Foundation of India Prof. K. Srinath Reddy said.

“One of the important things is to try and reduce as much as possible flow of traffic between urban and rural areas, between hotspots and non-hotspots, at least till the hotspots are under control because rural areas are much protected even now in any state, he said.

PHFI is engaged in capacity building in public health in the country through education, training, research, policy development, health communication and advocacy.

“There was less likelihood of the spread in rural areas as people there generally have less mobility,” Reddy, who formerly headed the Department of Cardiology at the All India
Institute of Medical Sciences (AIIMS), told PTI in an interview.

“By restricting traffic for only essential goods and travel needs, we will be able to contain it because that is our biggest asset, two-thirds of our population is in rural areas if we protect them, then we will be much safer,” he said.

The death toll due to COVID-19 rose to 1,886 and the number of cases climbed to 56,342 in the country on Friday, registering an increase of 103 deaths and 3,390 cases in the last 24 hours, according to the Union Health Ministry.

Related news: The Federal’s data-speak: Scale up COVID testing, make it an opportunity

It’s true that the number of cases detected will increase with the number of tests and the virus is likely spreading, said Reddy, who has been involved in several major international and national research studies, having been trained in cardiology and epidemiology.

“But what we need to look at is how severe are the cases. Eighty-five per cent are very mild, or asymptomatic, then we may not have much to worry, because ultimately the virus is going to spread, we cannot suddenly arrest the virus but the question is how fast it’s spreading and how severely are the cases being affected,” Reddy said.

He said the COVID-19 death rate in India so far was 1.3 per million population, while it’s much higher in other countries like the US (26 deaths per million), the UK (449 per
million) and Belgium (726 per million).

“That means even if it’s spreading, it’s much milder in India for whatever reasons,” he said.

Asked how India managed to keep the COVID-19 death rate low, Reddy, who obtained M.Sc. (Epidemiology) from McMaster University (Hamilton, Canada), cited that the country has a much younger population and there could be other protective factors.

“BCG (Bacille Calmette-Guerin) vaccine is protective or other things are protective, we don’t know, it’s also possible. Given that we have been exposed to multiple infections, our
innate immunity may be better. All of these may matter.

Whether the temperature is also making the virus less virulent, we do not know. All these are speculative, (but) possible but we don’t have clear-cut proof. But age is one of the most important elements in our population. We have a much younger population,” he added.

On some health experts suggesting that COVID-19 cases are likely to peak in India in June-July, Reddy said: “We do not know because the idea is that by June-July, due to the combination high temperature and high humidity, other coronaviruses get less active.”