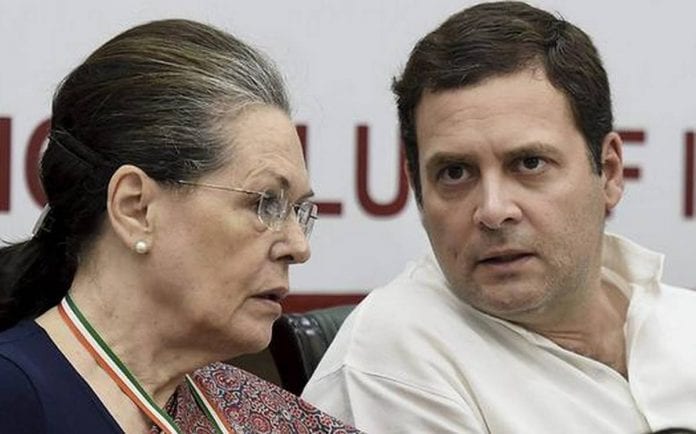 The BJP on Tuesday (January 14) asked the Congress to explain if it had any doubt about who were behind the Pulwama terror attack, in which 40 CRPF personnel were killed last year, and said the opposition party is “best at attacking India and protecting Pakistan”.

BJP spokesperson Sambit Patra hit out at the opposition party after its leaders cited the arrest of Jammu and Kashmir police DSP Davinder Singh for his links to terrorists to take a swipe at the RSS and to allege a “larger conspiracy” in the Pulwama attack.

“I want to ask Sonia Gandhi and Rahul if they have any doubt about perpetrators of Pulwama attack. If you believe Pakistan was not behind it, then you should tell us clearly as to who were involved,” Patra said at a press conference.

Rahul Gandhi is working like an ally of Pakistan, he said, accusing the Congress of linking religion to terror attacks to target Hindus and said the party has a history of doing so.

Congress leaders has invented terms like “saffron terror” and “Hindu terror”, and had linked the RSS to Mumabi terror attack, Patra said. Linking the Congress to Pakistan, Patra said there are “too many coincidences” that shows a conspiracy. “The Congress is best at attacking India and defending and protecting Pakistan,” he said.

Patra also recited limericks to liken the Congress to a “betrayer” and a python which devours its mother. Pakistan prime minister Imran Khan and Hafiz Sayeed, chief of terror organisation LeT, will soon be praising the Congress for its leaders statements, he claimed.

Cong needs full-term chief to arrest perception of being rudderless:...