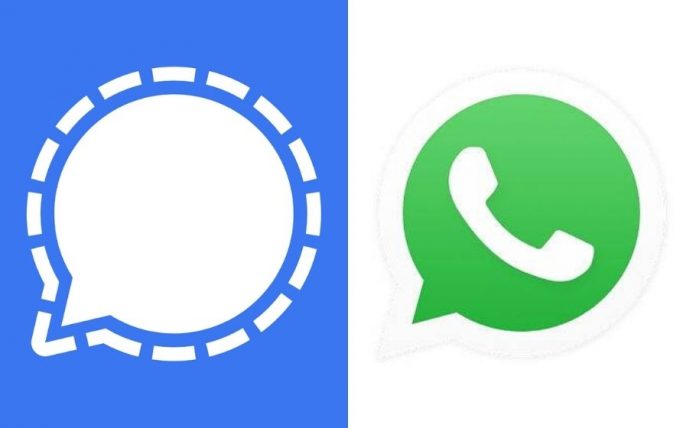 WhatsApp’s decision to change its privacy policy has again stirred up conversation about data privacy of its users. Suddenly, Signal has become the new go-to app for many people around the world.

The Federal looked at the information of both these apps, as well as two other popular messaging apps – Telegram and Elyments. It turns out that both Signal and WhatsApp ask for almost similar permissions, save for a few exceptions. They both demand around a whopping 43 permissions per user.

Signal claims that it doesn’t share user data with any third party, unlike WhatsApp. (It is claimed that WhatsApp shares your personal data with Facebook.) The CEO of Signal has also stated the company is not here to make money from the personal data of people.

Apps such as Telegram and Elyments ask for fewer permissions. Elyments asks for 29 permissions while Telegram gets 34. The number is much less than that of WhatsApp and Signal.

Signal’s rating has increased over the past few days since it came into the news after the change in WhatsApp’s privacy policy. It has a rating of 4.5 stars while the latter has 4.2 stars rating as of January 20.

Both the apps have about 16 common permissions that most of the messaging apps ask for. These permissions include those related to contacts, camera, phone, media, storage, etc. However, these two apps ask for some additional information that others like Telegram and Elyments don’t ask for. These include location data and access to the SMS app.

Apart from the major permissions, Signal asks for permission to access and modify your Calendar. Also, it has additional permission to edit and read your text messages, which WhatsApp doesn’t have access to. Also, Signal has permission to disable your screen lock.

On the other hand, WhatsApp can read your Google service configuration, read sync statistic and control near field communication, which Signal can’t do.

Sujit Gargate, a computer engineer based out of Pune, told The Federal: “Every app permission matters. With every permission, you give access to your data to the app owner company. However, the sharing or using of that data for the business purposes is solely a company’s call.

“Here in case of Signal, it is an open-source app and it claims that it doesn’t share users’ data with any third party.”

All these app permissions are related to accessing the data or apps in users’ phone. However, it doesn’t give any assurance about the further usage or safety of the user’s data.