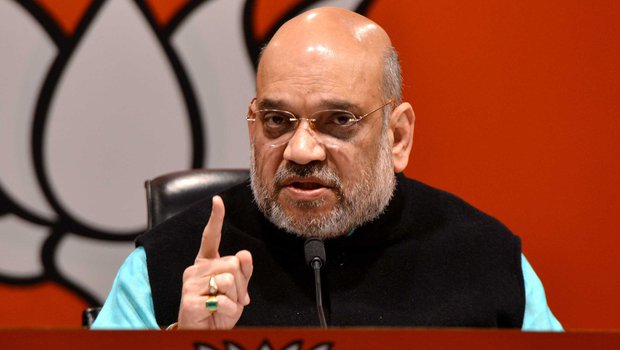 Union Home Minister Amit Shah on Saturday (December 14) hit out at the Congress, accusing it of stoking violence against the amended Citizenship Act.

Shah, addressing an election rally here, said that the passage of the Citizenship (Amendment) Bill has caused a “stomach ache” to the opposition party. “We have brought the amended Citizenship Act and the Congress got a stomach ache and is fanning violence against it,” he said.

The BJP president also assured the people of the Northeast that their culture, language, social identity and political rights will be not be affected.

“I assure (the people of) Assam and (other) northeastern states that their culture, social identity, language and political rights will be untouched and the Narendra Modi government will protect them,” he said.

Shah said Meghalaya Chief Minister Conrad Sangma has met him over the issue. “I assured him (Sangma) of constructively discussing the issues to find a solution,” Shah added.