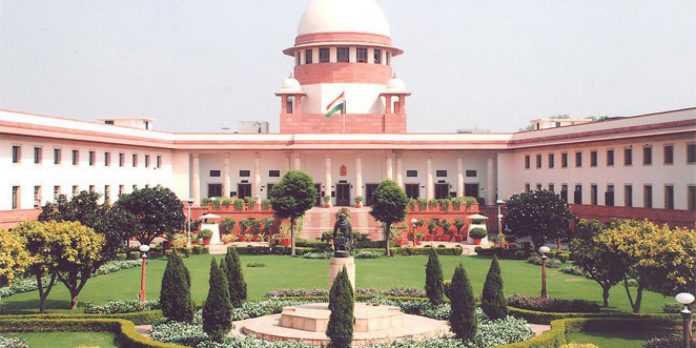 The Supreme Court on Wednesday (April 24) directed the CBI, IB and Delhi police chief’s to appear before it and meet in chambers the judges hearing a lawyer’s claims of a larger conspiracy to frame CJI Ranjan Gogoi on allegations of sexual harassment.

The matter is being heard by a three-judge special bench headed by Justice Arun Mishra. The bench said it will meet the CBI and IB directors and the Delhi police commissioner in “secret”. “It is not an enquiry. We are meeting these officers in secret. We don’t want any evidence to be disclosed,” the bench also comprising justices RF Nariman and Deepak Gupta said.

The matter relates to the independence of the judiciary in the country, the bench said. Mishra has termed the entire episode as “very disturbing.” It directed that the officers will meet the judges in chamber at 12:30 pm and the bench will reassemble to hear the matter again at 3 pm.

The lawyer, Utsav Singh Bains, has submitted a report in the Supreme Court regarding his claims that there was a conspiracy to frame the Chief Justice of India in a sexual harassment case. The court perused the report of the lawyer, which was filed in a sealed cover, about allegations that there are some who manage verdicts.

Complainant is being tried in another case

A Delhi court on Wednesday (April 24) said it will hear on May 23 the police plea to cancel the bail of a former Supreme Court employee, who has accused Chief Justice of India Ranjan Gogoi of sexual harassment, in a cheating and criminal intimidation case.

Chief Metropolitan Magistrate Manish Khurana adjourned the matter after noting that the complainant in the case has not been served a copy of the police plea.
The matter was supposed to be heard Wednesday.

The police sought cancellation of the bail granted to the woman on March 12, after the complainant claimed that he was being threatened by the woman and her associates.
During the hearing the court also dismissed two applications moved by the counsel of the former SC employee for release of mobile phones, CPU and CCTV recorder after they were withdrawn.

The FIR for alleged offences of cheating, criminal intimidation and criminal conspiracy was lodged against the woman on March 3, after a complaint was received at the Tilak Marg Police Station here by Naveen Kumar, a resident of Jhajjar in Haryana.

Kumar has alleged that the former apex court employee had defrauded him of ₹50,000, which he claimed she took as part of a bribe, promising him a job at the court in exchange.