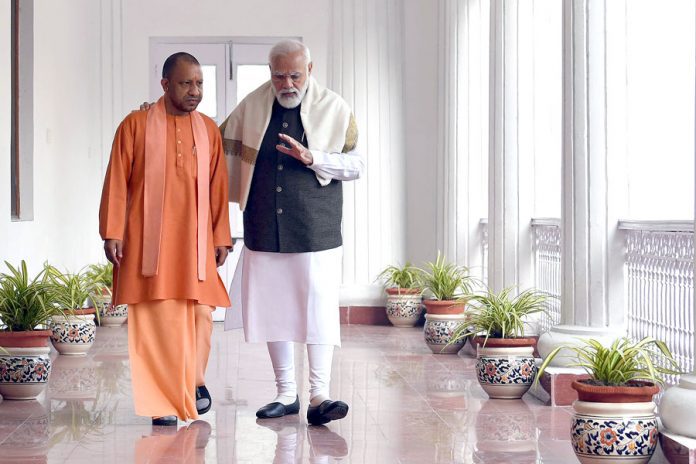 Yogi Adityanath tweeted the photo along with a verse.

Chief minister Yogi Adityanath seems all set for the upcoming Assembly polls in the key state of Uttar Pradesh, as he tweeted images of himself walking with Prime Minister Narendra Modi, apparently in deep conversation, on Sunday.

He tweeted the photos along with a verse signifying their vision for a “new India”.

The BJP is keen to not just retain the state but also regain the 78 seats where the party and its allies lost in the 2017 election. Adityanath has been touring these constituencies, inaugurating and laying the foundation for new projects, kicking off infrastructure projects, and addressing plenty of public meetings.

PM Modi too is currently on a three-day visit to Uttar Pradesh, which began with the inauguration of infrastructure projects worth more than Rs 6,000 crore in the Bundelkhand region. He then headed to Lucknow to attend a two-day conference of senior police officials.

With Adityanath, the PM also recently inaugurated the Purvanchal Expressway, stating that Uttar Pradesh used to be “a hub of mafia and poverty” but the expressway was testimony to the development the state has seen under BJP governance.