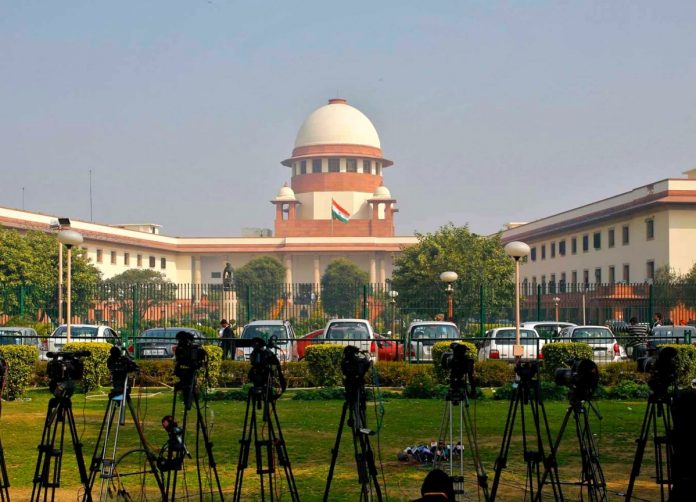 The global media investigation involving several leading publications has revealed that 300 phones from India were said to be on the list of potential targets of snooping. File Photo

The Supreme Court, while hearing various petitions seeking a special probe into the Pegasus spyware scandal involving allegations that opposition leaders, journalists and others were targets of snooping, said: “The allegations are serious if the media reports are correct.”

One of the petitioners includes the Editors Guild of India. A two-member bench, headed by Chief Justice NV Ramana, is hearing the petitions. Justice Surya Kant is the second judge on the Bench.

The observation came in response to senior advocate Kapil Sibal, who is representing the petitioners, saying that Pegasus is a rogue technology that enters “our lives without our knowledge and is an assault on the privacy, dignity and values of the Indian Republic,” media reports said.

The Editors’ Guild of India, in its petition filed two days ago, requested the Supreme Court to seek details from the government on the spyware contract and a list of those targeted.

Two other petitions were filed earlier in the Supreme Court on the same case, one by CPI(M) MP John Brittas and the other by advocate ML Sharma.

Earlier, senior journalists N Ram and Sashi Kumar sought a Special Investigation Team (SIT) headed by a sitting or former judge into the snooping allegations. Their lawyer Kapil Sibal requested the Chief Justice to list the petition, saying it has “huge ramifications on freedom and liberty”. Journalists, opposition leaders and judges were on the list of potential targets, Sibal told the Chief Justice.

“I understand tapping phones of terrorists, etc. But here it’s ordinary citizens who may have views opposing the government. Then it’s a matter of constitutionality and criminality,” the lawyer of journalists SNM Abdi and Prem Shankar Jha told the court today.

The global media probe involving several leading publications, including The Wire, has revealed that 300 phones from India were said to be on the list of potential targets on the leaked database of NSO, which supplies Israeli spyware Pegasus. It is not established, however, that all the phones were hacked.

The Supreme Court will also hear a separate plea filed by senior journalist Paranjoy Guha Thakurta, whose name featured in the reported list of those who were targets of alleged snooping using Pegasus, seeking directions to the Centre to disclose materials with respect to investigation and authorization linked to the purported use of spyware on his mobile.

The government has maintained that there has been no unauthorized interception by its agencies, adding that allegations regarding government surveillance on specific people have no concrete basis or truth associated with it whatsoever.

The NSO group, which sells Pegasus to governments only, says it is not connected to the leaked database of phone numbers.