The Bench observed that while the matter is of an important nature, everything cannot come before the Supreme Court. The top court said the Madras High Court was hearing a similar petition.

The Supreme Court had on August 20 agreed to hear a plea of Facebook Inc for transfer of cases related to demands for linking of social media profiles of users with Aadhaar number, pending before the high courts of Madras, Bombay and Madhya Pradesh to the apex court. 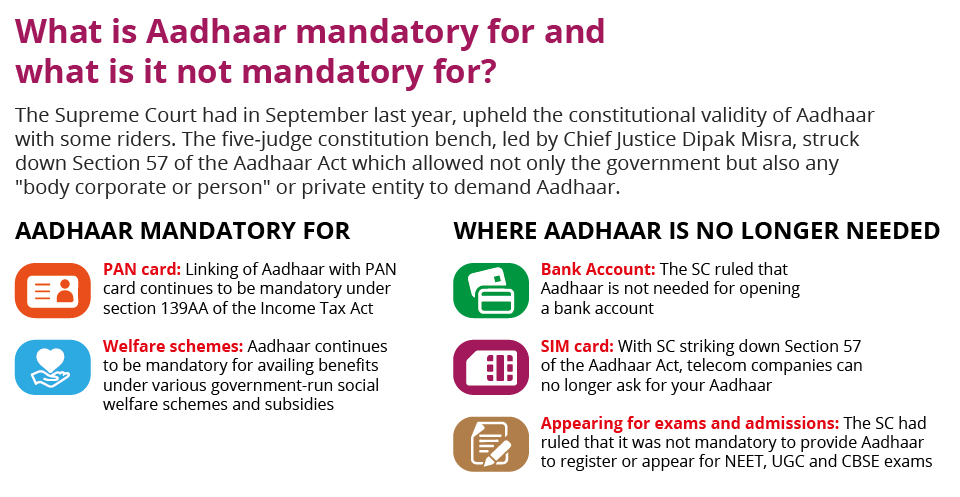 The top court issued notice to the Centre, Google, Twitter, YouTube and others and sought their response by September 13. A bench of justices Deepak Gupta and Aniruddha Bose said that the notices to the unserved parties should be sent through e-mail.

The bench said that the hearing in cases related to the linkage of social media user profiles with Aadhaar pending before the Madras High Court will continue but no final order will be passed. The apex court on Monday was told by the Tamil Nadu government that social media profiles of users need to be linked with Aadhaar numbers to check the circulation of fake, defamatory and pornographic content as also anti-national and terror material.

Facebook Inc is resisting the state’s suggestion on grounds that sharing of 12-digit Aadhaar number, the Biometric Unique Identity, would violate the privacy policy of users. Facebook Inc had said that it cannot share the Aadhaar number with a third party as the content on its instant messaging WhatsApp was end-to-end encrypted and even they do not have access to it.

Stop burdening gen next with talk of war and differences: Harsha Bho...

Facebook says it can locate users who opt out of tracking