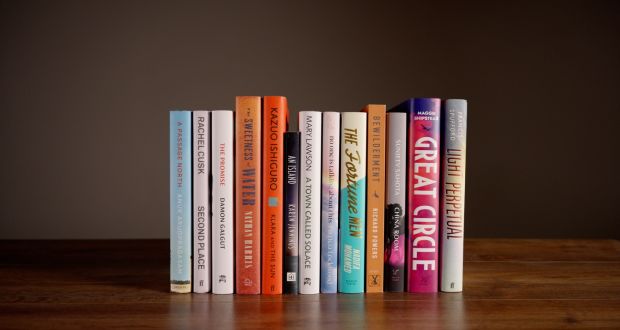 Founded in 1969, the Booker Prize has a reputation for transforming writers’ careers - after the Longlist, a six-book shortlist will be announced on September 14, and the winner will be crowned on November 3

Among the 13 authors on the Longlist for 2021 Booker Prize for fiction announced on July 28, are Sri Lankan writer, Anuk Arudpragasam for ‘A Passage North’, a ruminative novel on the legacy of Sri Lanka’s thirty-year civil war, and Indian origin writer, Sunjeev Sahota for ‘China Room’.

Both have been nominated alongside Nobel laureate Kazuo Ishiguro and Pulitzer Prize winner Richard Powers.

Sahota, 40, who had been nominated in 2015 as well, is vying for the 50,000-pound (US$ 69,000) prize for his novel ‘China Room’, which has been inspired in part by the author’s own family history. Described as a “brilliant twist” on the immigrant experience, this book which travels between India and England, revolves around two characters seeking to free themselves – one from the expectations placed on women in early twentieth-century Punjab, and the other from the pressures of life amid a contemporary Indian diaspora.

Sahota’s grandparents had emigrated from Punjab in the 1960s. 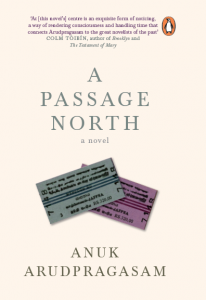 “A Passage North’ is Sri Lankan Anuk Arudpragasam’s second novel, and is centred around a passage into the soul of an island devastated by violence. It begins with the protagonist Krishan learning of the death of Rani, his ailing grandmother’s former caretaker.

As Krishnan journeys to Rani’s village in the northeast part of the country for her funeral, he reflects on the island’s thirty-year civil war, from its idealistic beginnings, when insurgents dreamed of an independent Tamil state, to its “unimaginable violence” and the psychological damage that followed.

It is an unsparing account of the war that raged between 1983 to 2009 in Sri Lanka. The highly-educated Krishnan tussles with “guilt for having been spared” the fate of people living in refugee camps. The sound of the bombs may have stopped but for the country’s ethnic minority, recovery can only be “partial and ambiguous.”

A New York Times review called ‘A Passage North’ as a political novel, unequivocal in its condemnation of the many atrocities committed by the Sri Lankan government on its Tamil civilians, but it is also a searching work of philosophy. Arudpragasam, who has a doctorate in philosophy from Columbia, poses essential, existential questions about how we should live in a world with so much suffering.

While the Guardian wrote in its review, “Sri Lanka, a divided island, is a presence throughout. In dense, hypnotic prose, Arudpragasam explores the desire for independence that enflamed the decades-long civil war, the violence that ensued and the emotional scars that refuse to heal.”

Britain’s Ishiguro, who won the Nobel Prize for Literature in 2017, is among this year’s longlist for ‘Klara and the Sun,’ a novel about love and humanity narrated by a solar-powered android. It is the fourth Booker nomination for Ishiguro, who won the prize in 1989 for ‘The Remains of the Day’.

American author Powers is nominated for ‘Bewilderment,’ about an astrobiologist and his neurodivergent son. Powers won the Pulitzer for fiction in 2019 for the eco-epic ‘The Overstory,’ which was also a Booker Prize finalist.

A six-book shortlist will be announced on September 14, and the winner will be crowned on November 3 during a ceremony in London. Founded in 1969, the Booker Prize has a reputation for transforming writers’ careers, and was originally open to British, Irish and Commonwealth writers. Eligibility was expanded in 2014 to all novels in English published in the U.K.

The 2020 Booker Prize for Fiction was won by Scottish-American Douglas Stuart for his debut novel ‘Shuggie Bain’.