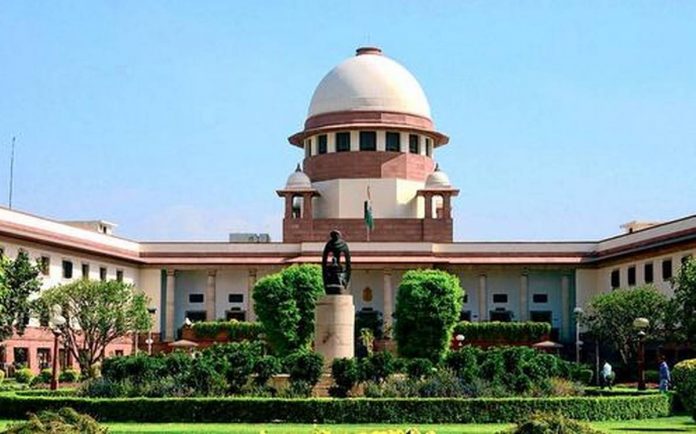 The Ministry of Information and Broadcasting said on Wednesday (September 16) that if the Supreme Court wishes to undertake an exercise to regulate media, it should take care of digital media first before electronic media, since the former has a “faster reach from a wider range of viewership”.

The central government sought the above request in a statement ahead of a hearing on Thursday (September 17) in the case of Sudarshan TV, which labelled the entry of Muslims into civil services as ‘UPSC Jihad’ in one of its shows titled ‘Bindas Bol’.

The apex court on Wednesday (September 16) also restrained the makers from proceeding with the remaining nine episodes of the show. The channel has so far aired four episodes of the programme (from September 11 to 14).

According to Bar & Bench, the Centre’s affidavit to the Supreme Court read, “Digital media has faster reach from wider range of viewership / readership and has the potential to become viral because of several electronic applications like WhatsApp, Twitter, Facebook.

“Considering the serious impact and the potential, the exercise should first be undertaken with regard to digital media as there already exists sufficient framework and judicial pronouncements with regard to electronic media and print media.”

The affidavit also stated that the area of balancing freedom of speech and responsible journalism is “already governed” by statutory provisions and past judgments.

The Centre also urged the top court to appoint an Amicus Curiae – a friend of the court – or a panel to assist the court in deciding on guidelines.

During the hearing on Tuesday (September 15), the Supreme Court expressed concern over the “race for TRPs” and “sensationalism” on TV, which had led to the suggestion to set up a panel that would recommend standards for electronic media.

“Journalistic freedom is not absolute,” the judges said, calling for a panel of five distinguished citizens to come up with standards for electronic media.

During the same hearing, Justice Joseph sought details on the ownership of media channels. “We need to look at the ownership of the visual media. Entire shareholding pattern of the company must be on site for the public. Revenue model of that company should also be put up to check if the government is putting more ads in one and less in another,” Bar & Bench quoted him as saying.

The Supreme Court’s observation came in the backdrop of the media frenzy that is currently ensuing over actor Sushant Singh Rajput’s death, with a few channels defying the ethics of journalism in their coverage.

However, when questioned, the Press Council of India claimed all regulations were in place, to which Justice DY Chandrachud retorted: “Really? If things were so hunky-dory, then we would not have to see what we see on TV every day.”

Meanwhile, the News Broadcasters Association filed another affidavit, in which it said that if any channel violates the code and is found guilty in an inquiry, it should be fined up to ₹1 lakh.