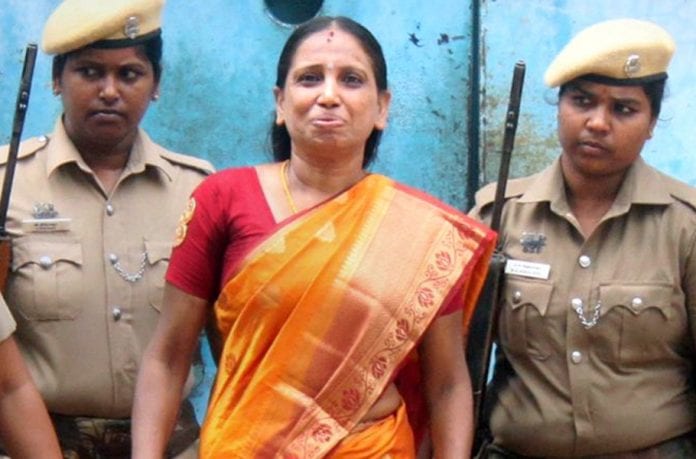 Nalini is one of the surviving convicts along with Santhan who were at the assassination spot.

The Centre has filed a review petition in the Supreme Court against the November 11 order allowing the release of all convicts in the Rajiv Gandhi assassination case.

In the plea, the Centre said the release of the convicts was cleared without it being given an adequate hearing which led to an admitted and glaring breach of principles of natural justice and has, in fact, resulted in the miscarriage of justice.

The Centre said since six of the convicts are from Sri Lanka, granting them remission was “a matter which has international ramifications and therefore falls squarely within the sovereign powers of the Union of India.”

“The absence of any assistance by the Union of India, due to procedural lapse of convicts/petitioners, while the present matter was being finally heard and decided, has prevented this court from appreciating the crucial and important evidence in the matter, which if presented, would have assisted this court to arrive at a just and correct judgment in the matter,” it said.

On November 11, the top court had ordered the premature release of six convicts, including Nalini Sriharan, who had hosted the assassin, noting the Tamil Nadu government had recommended remission of their sentence.

In its review plea, the Centre said certain facts were in its possession but could not be placed before the court to enable it to arrive at a correct judgment and to do complete justice in the “peculiar and shocking” facts and circumstances.

It said, “In such a sensitive matter, the assistance of Union of India was of paramount importance as the matter has huge repercussions on the public order, peace, tranquillity and criminal justice system of the country.”

On November 11, the top court, while ordering the release of the convicts, had noted that their conduct was satisfactory during incarceration and they had undertaken various studies.

The apex court said its earlier judgment in the case of A G Perarivalan, one of the convicts released earlier, was equally applicable in the matter of six others.

Invoking its extraordinary power under Article 142 of the Constitution, the top court had on May 18 ordered the release of Perarivalan, who had served over 30 years in jail.

Under Article 142, the top court may issue any verdict or order necessary to provide “complete justice”.

Also Read: Rajiv Gandhi killers set free; what did they do in 1991?