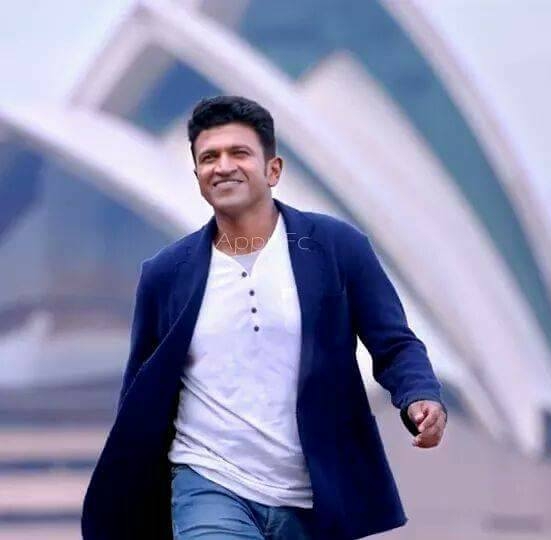 Puneeth Rajkumar started a production house to give filmmakers a chance to tell new kind of stories. Pic:@Puneethrajakumarfans

In the mid-80s, when he was just 10 years old, Puneeth Rajkumar essayed the role of an earnest young child named Ramu, who has to sacrifice his love for learning and books to care for his poor family in the Kannada film Bettada Hoovu (Mountain Flower). Based on a novel called What then, Raman?, the film told the heart-tugging story of a little boy who saves up money to buy the Ramayana book but in the end, is forced to make a compromise to save his poverty-stricken family from the bitter winter months in their hill station home.

This film went on to bag Puneeth, who was seen in films since he was six months old, the National Award as Best Child Actor. For Puneeth, it was probably the most natural thing to happen in his little world as he literally grew up on film sets, tagging along with his father, the legendary actor Dr Rajkumar, when he went on his movie shoots.

By the time he had reached his teens, Puneeth already had a couple of films in his portfolio. But it was his debut film as a lead actor, Appu, in which he plays a lover boy that catapulted him into a mass action hero. And, it is from here that he got the affectionate moniker, ‘Appu’. 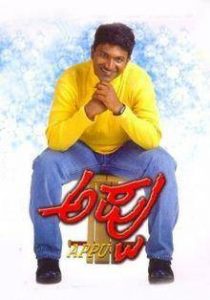 Puneeth, like his father, believed that his fans are gods and hence engaged with them like one of them. His genial personality seemed to have won the hearts of the members of the Kannada film fraternity as well, who are reeling under the shock of his untimely death. Directors and actors refer to him as a “gentleman, non-controversial and humble”.

Actor Priyamani, who worked with him in two films, (one being Raam, the remake of the Telugu hit Ready) says that he was and will always be one of her closest friends in the industry. “He did not have a star attitude and never made anyone feel as if they were a newcomer,” she told The Federal, adding that it’s too painful and difficult to talk about him.

During the shooting of the 2009 romantic comedy Raam, he did not just take care of her but of her mother as well, she says. “There was just one vanity van, and we asked him if we could use the washroom. He walked out of it five minutes later, and said that henceforth the vanity van was ours to use. I don’t want anyone’s mother to suffer,” he had told her, she recalled.

“My heart goes out to his wife Ashwini, his two daughters and to the entire family,” she added. According to her, his “attitude and character” made him well-liked in the industry and recalled him attending her wedding in Bengaluru.

Vamsidhar B, the director of upcoming film, One Cut Two Cut, a comedy thriller with Danish Sait and made by Puneeth’s production house, PRK Productions, is grateful for the late actor/producer for giving a newcomer like him a chance. “He was willing to experiment with new stories despite being a big star,” said Vamsidhar.

Puneeth, who loved watching foreign cinema, started a production house, which his wife Ashwini manages, to experiment with other kind of stories besides the kind of star movies he acted in. “He felt these stories needed to be told as well. His philosophy was: we need to always respect the audience and ensure we entertain them. That is the purpose of making films is what he felt,” said Vamsidhar. After listening to his story narration within a month work had started on One Cut Two Cut, which is completed and is ready for release on an OTT platform next month.

Vamsidhar remembered the actor/producer motivating the team during the film shooting. “He never made us feel intimidated by his star status,” he said.

Director Jayatheertha (of Bell Bottom fame) was supposed to meet Puneeth for a story narration for a period film in the first week of November. “This is so tragic”, said Jayatheertha, who calls Puneeth a wonderful human being. “I have seen him from the time he was a child artiste, how he evolved from winning a national award as best child actor for Bettada Hoovu, to becoming an action, commercial hero.”

According to Bengaluru journalist MD Riti, Apu and his brother Shivrajkumar, like their father, were responsible artists. “They knew they were icons and role models for people in the country and hence the characters they played upheld family values, integrity, and wanting to do the right thing,” she said. According to her, they followed their father’s dictum, abhimanyi devaru (fans are gods) and treated fans as one of them.

“He always played the beloved son, the sole breadwinner who shoulders the responsibility of his parents in his movies. They were wholesome family entertainers, he respected women and family sentiments,” observed Riti, adding that he stood for Kannada pride without being jingoistic.

After watching K M Chaitanya’s first film on the Bengaluru underworld, Aa Dingalu, Puneeth had called him expressing a desire to work with him. It never happened but they kept in touch all these years. “The thing I remember about him is that he was a thorough gentleman and very well behaved,” he said.

“He had grown as an actor to become one of the top stars in the south. He has done romance and action, and he is an actor with a family fan base. I liked him in Milana [2007 romantic drama] and Rajkumaraa. His films are seen as wholesome, family entertainers but of late, he was becoming bolder and wanted to experiment. That was the reason, he was planning to do a psychological thriller, Dvitva, with director Pawan Kumar,” said Chaitanya.

In a media interview, Puneeth said he had always been intrigued with Pawan and his work. “I am excited and can’t wait to see myself in this new avatar,” he had said. However, this will not see the light of day now.

Chaitanya spoke to him last after young actor Sanjari Vijay died in a bike accident during COVID earlier this year “At that time, when I texted him about the actor’s death, he called me back and wanted to reach out to Sanjari’s family. That’s him, kind-hearted and responsive,” he recalled.

Puneeth had worked in 29 films. One of the films he was particularly proud of was Prithvi, where he played an IAS officer fighting the bad guys who were trying to contaminate a village’s water supply with their illegal activities. He was admired for his dancing skills, besides being a singer. The actor made his TV debut in 2012 as presenter of Kannadada Kotyadhipathi, the Kannada version of game show Who Wants To Be A Millionaire?.

There has been a lot of hype around his next film James, an action drama which would have marked his second collaboration with Priya Anand after the 2017 blockbuster Raajakumara. The film’s poster was released in 2019, but the COVID-19 pandemic had delayed its theatrical release.

In an interview, Puneeth once said that acting is a profession, where he had been fortunate to receive immense love and affection. But living life was more important for him but unfortunately that was not to be.