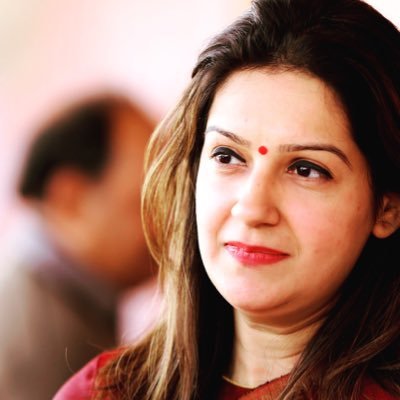 Just a few days after lashing out at the Congress leadership for reinstating workers, who had misbehaved with her at press conference at Mathura, party’s national spokesperson and convener of media cell Priyanka Chaturvedi resigned from the party and joined the Shiv Sena on Friday (April 19).

After quitting all the posts in the party, Chaturvedi sent her resignation to the party’s top brass. She has also changed the introduction in her Twitter account where she had made a clear mention earlier about the posts she held in the party. 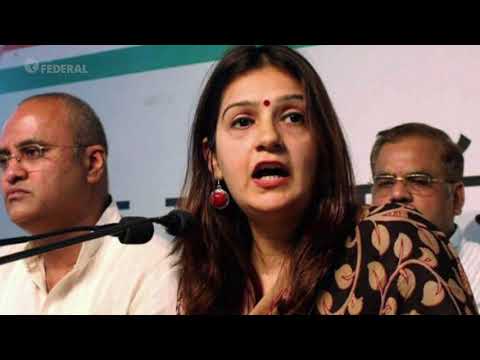 The party which had suspended those workers reinstated them on April 15 this year.

In her resignation letter to Congress president Rahul Gandhi on April 18, Priyanka expressing her displeasure with the way the matter was handled, quoted it as the reason behind her leaving the party. In the letter that Priyanka shared on Twitter on April 19, she says it saddens her to see that the actions of a few Congress workers do not match the party’s pitch for women empowerment.

I am absolutely overwhelmed and grateful with the love and support I have got across board from the nation in the past 3 days.
I consider myself blessed with this immense outpouring of support. Thank you to all who have been a part of this journey. pic.twitter.com/WhUYYlwHLj

“What saddens me is that despite the safety, dignity, empowerment of women in being promoted by the party and has been your call to action, the same is not reflected in the action of some of the members of the party,” the letter read.

On April 16, Priyanka took to Twitter to criticise the Congress leadership for giving preference to “lumpen goons” over “those who have given their sweat and blood” to the party.

Deeply saddened that lumpen goons get prefence in @incindia over those who have given their sweat&blood. Having faced brickbats&abuse across board for the party but yet those who threatened me within the party getting away with not even a rap on their knuckles is unfortunate. – Priyanka Chaturvedi

Just a few days back, Priyanka Chaturvedi was the most popular face of Congress on social media after her ‘Kyunki Mantri Bhi Kabhi Graduate Thi’ jibe against BJP leader Smriti Irani went viral.