The Prime Minister’s Office (PMO) has cracked the whip against nearly 25% of Indian Administrative Service (IAS) officers over filing immovable property returns (IPR). According to sources, the Centre has given these officers time till January 31, 2020, after which it is likely to initiate disciplinary proceedings.

It is also learnt that the PMO may forward the names of 1,500 officers to the Central Vigilance Commission (CVC) or the Central Bureau of Investigation (CBI) for probe. Interestingly, nearly 180 of these IAS officers have superannuated.

The Appointments Committee of the Cabinet (ACC) which is chaired by Prime Minister Narendra Modi had discussed this issue in October. Union Home Minister Amit Shah is also a member of the panel. The ACC has now authorised the Secretary, Department of Personnel and Training (DoPT) to send letters to all the state Chief Secretaries in this regard.

Accordingly, C Chandramouli, secretary, DoPT, on November 21, 2019 sent a circular to all the IAS officers. The circular, quoting Rule 16(2) of AIS (Conduct) Rules, 1968 states that every member of the service “shall submit an annual return in such form as may be prescribed by the government in this regard, giving full particulars regarding the immovable property inherited by him or owned or acquired by him or held by him on lease or mortgage, either in his own name or in the name of any member of his family or in the name of any other person.” 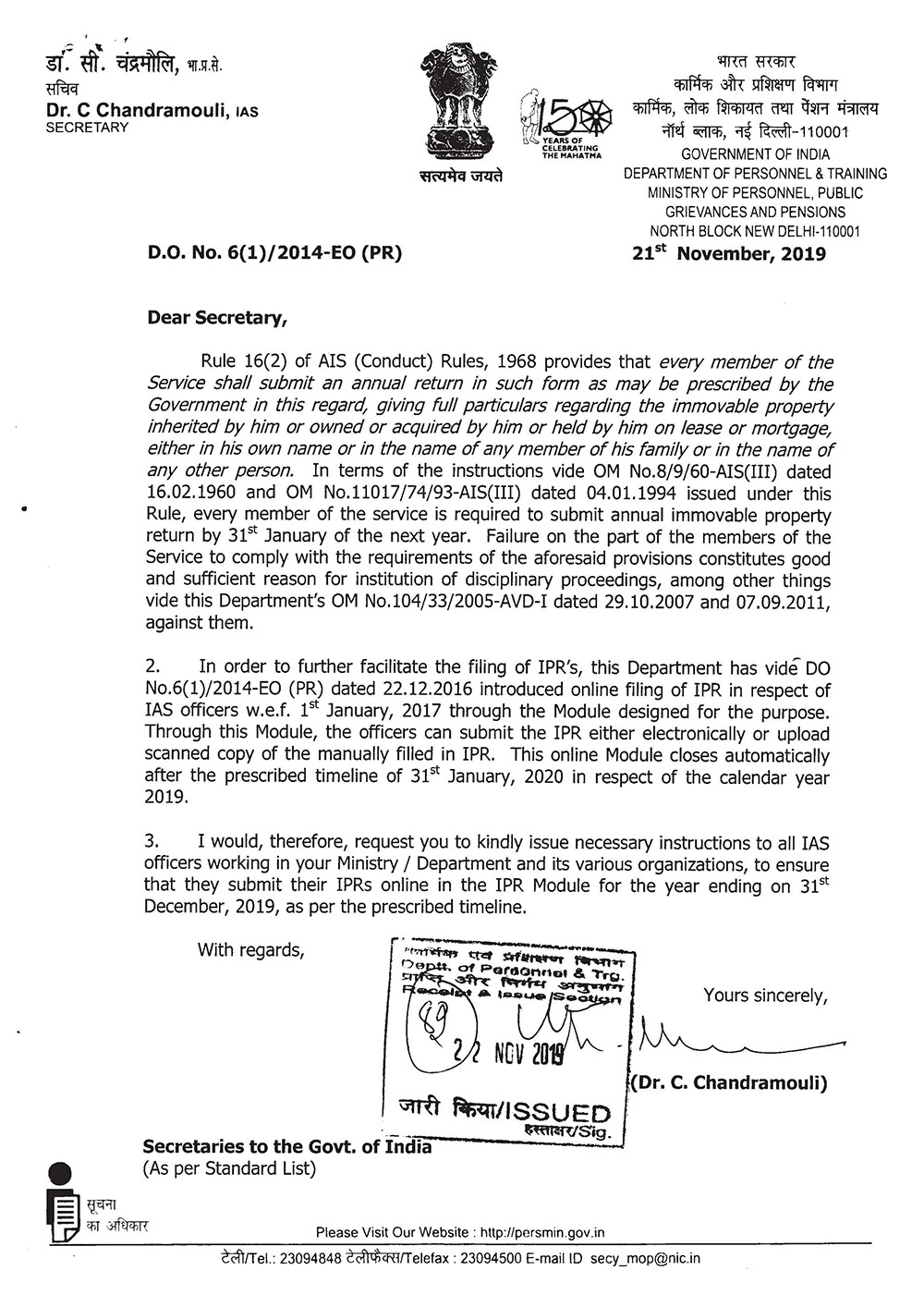 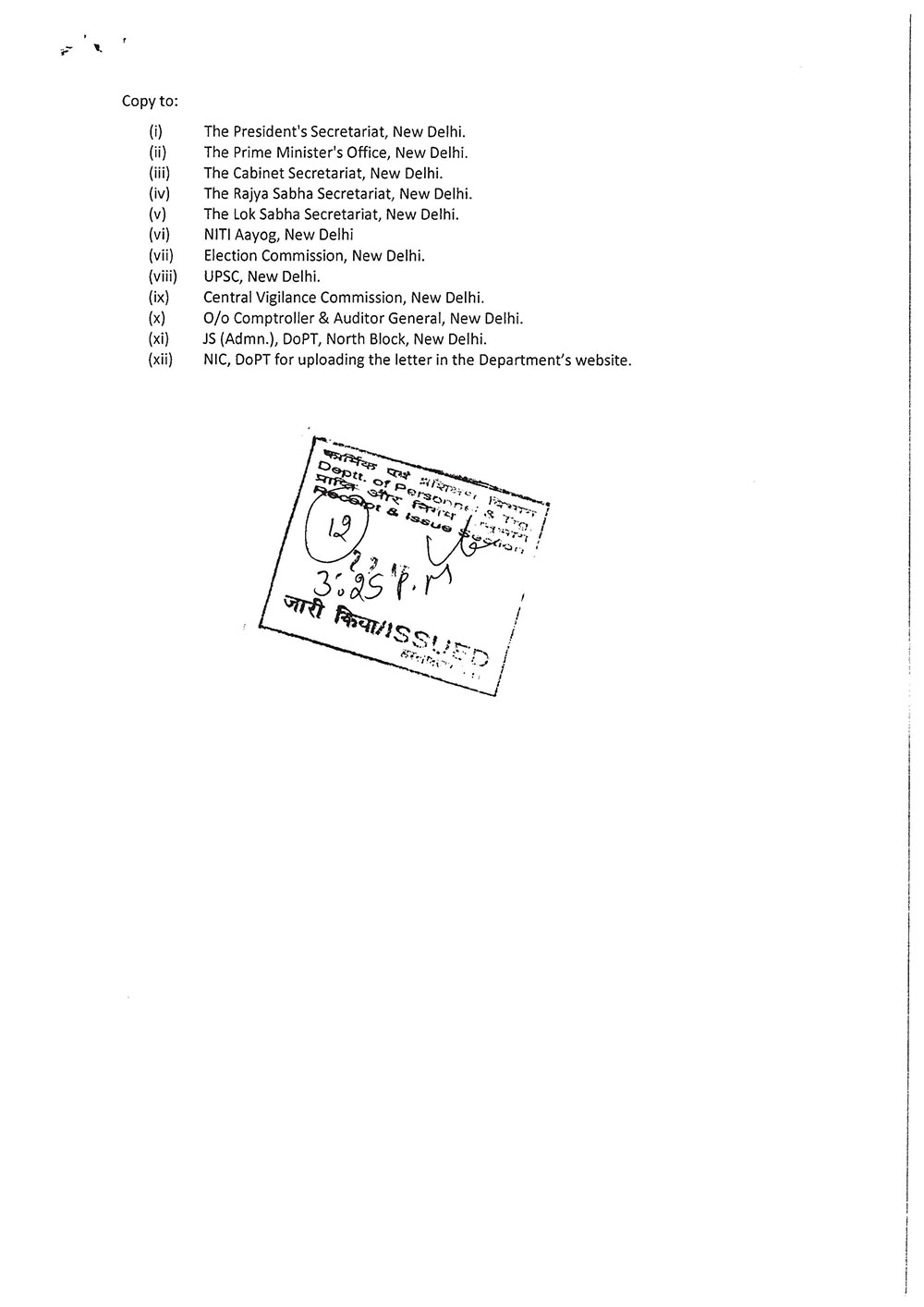 The letter adds that “under this Rule, every member of the service is required to submit annual immovable property return by January 31 of the next year. Failure on the part of the members of the Service to comply with the requirements of the aforesaid provisions constitutes good and sufficient reason for the institution of disciplinary proceedings… against them.”

In order to further facilitate the filing of IPR’s, the DoPT order quotes DO No.6(1)/2014-EO(PR) dated December 22, 2016, about the introduction of an online filing of IPR for lAS officers through the module designed for the purpose.

Through this module, officers can submit the IPR either electronically or upload scanned copy of the manually filled in IPR. The circular adds that the module will close after January 31, 2020.