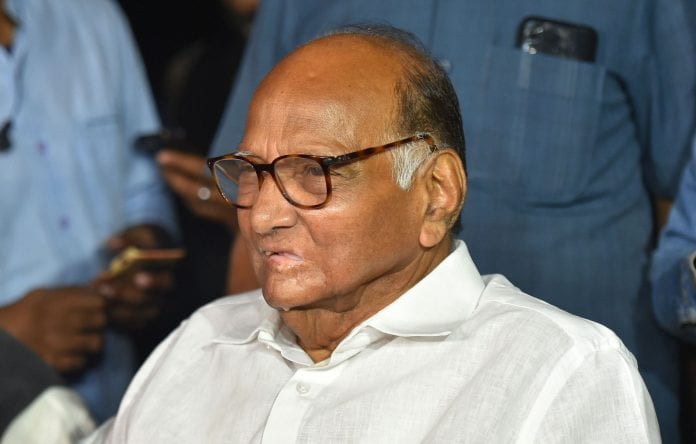 After the meeting in Delhi, the Rajya Sabha member termed the discussion as “constructive”.

The PMC Bank has been put under restrictions by the RBI, after a multi-crore scam came to light following which the deposit withdrawal was initially capped at ₹1,000, causing panic and distress among depositors.

The withdrawal limit was increased gradually to ₹50,000. “Had a meeting with the Union Minister of State for Finance, Shri Anurag Singh Thakur (@ianuragthakur) in New Delhi to raise the issue of revival of PMC Bank. We had a constructive exchange of views on the topic,” Pawar tweeted.

The fraud at PMC Bank came to light in September last year after the Reserve Bank of India discovered that the bank had allegedly created fictitious accounts to hide over ₹6,700 crore in loans extended to the almost-bankrupt Housing Development and Infrastructure Limited (HDIL).

According to RBI, the PMC bank masked 44 problematic loan accounts, including HDIL loan accounts, by tampering with its core banking system, and the accounts were accessible only to limited staff members.

Mumbai Police’s Economic Offences Wing (EOW) and the Enforcement Directorate have registered offences in the case.

The charge sheet includes the forensic audit report of PMC bank and documents of properties purchased by the accused bank officials with kickbacks received by them for giving undue favour to HDIL and the Wadhawans.